Food is our common ground, a universal experience. –James Beard
The saga of the Chili Queens of San Antonio, NASCAR kitchens tucked away in the crew pits at race tracks, the story of an unexpected kitchen—the George Foreman Grill—these stories and more from Hidden Kitchens, the popular and highly acclaimed radio series on NPR's morning edition, is now being released on a 3 CD set based on the new book Hidden Kitchens: Stories, Recipes & More from NPR's The Kitchen Sisters.

Produced by the Peabody Award winning radio team, The Kitchen Sisters, Davia Nelson & Nikki Silva, (creators of NPR's Lost & Found Sound and The Sonic Memorial Project) with Jay Allison, Hidden Kitchens explores the world of street corner cooking, kitchen traditions and visionaries, and how communities come together through food. These stories of secret, underground, unofficial and off the radar kitchens come alive in these sound rich stories full of an array of voices, music, and archival audio that capture a strong sense of place and time—stories that travel the country chronicling kitchen cultures past and present.

Davia Nelson has been producing radio programs with Nikki Silva since 1979. She is also a screenwriter, producer, and casting director. She co-wrote and produced the feature film Imaginary Crimes, starring Harvey Keitel, and has co-directed and produced Making Tutti, a PBS documentary. She lives in San Francisco.

Nikki Silva has worked over the past 20 years as a museum curator and consultant specializing in regional history for museums throughout California . She lives with her family in La Selva Beach, California.

Frances McDormand’s celebrated performances include her Academy Award-winning role as Marge Gunderson in Fargo as well as additional Oscar nominations for Almost Famous, Mississippi Burning, and North Country.  Other films include Something's Gotta Give, Wonder Boys, Aeon Flux, Friends with Money, and City by the Sea.  More recently, she has appeared in Miss Pettigrew Lives for a Day and Burn After Reading.  Frances narrated Hidden Kitchens by Davia Nelson and Nikki Silva for Macmillan Audio. 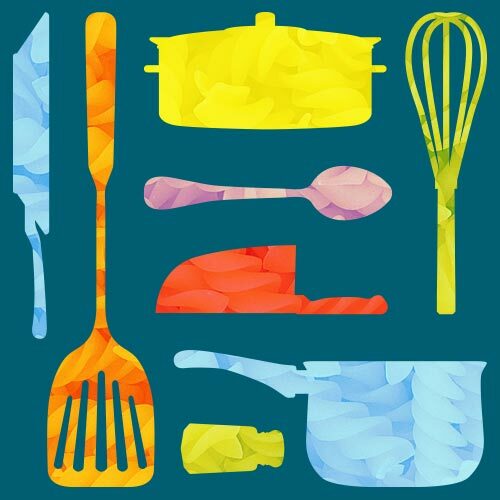 “In one of the year's best nonfiction audio books, National Public Radio's Kitchen Sisters take you to weird places where people sometimes create strange food. You meet the Chili Queens of San Antonio and vegetarian tailgaters at Phish concerts; You visit a cooking school at a San Francisco jail. After Nelson and Silva put out the word on NPR for listeners to call in their favorite hidden kitchens, they were swamped with responses. This audiobook lets you hear those radio tips that were taped on an answering machine. McDormand as the reader fits this material perfectly (remember the pregnant deputy in Fargo, asking about buffets?) Buy four or five copies for holiday gift-giving, because you don't know anyone who won't love Hidden Kitchens.
” —Miami Herald

“The Kitchen Sisters have done some of the best radio stories ever broadcast. I know people who got into radio because they heard Nikki and Davia's work, and had no idea anybody could do anything like that on the air.” —Ira Glass