A World History of Women and Alcohol
by Mallory O'Meara

“Girly Drinks is a fun, feminist, and information account chronicling the immense impact women have had on society through making and consuming alcohol. From beer and ale, to whisky, to sake, to sorghum, this is an inclusive and culturally aware history. Full to the brim with riveting stories, you’ll savor every line. Grab a beverage and tuck in!”

“What! A! Book! As an avid nonfiction reader I don't say this lightly: Girly Drinks might be one of the best written 'untold stories' I've ever come across. O'Meara covers several centuries and nearly every continent in this sweeping history. Her tone is playful without dismissing the importance of her record-correcting work. Girly Drinks updated my understanding of numerous people, time periods, and beverage inventions. It's exceptional!”

“At last, the feminist history of booze we’ve been waiting for!” —Amy Stewart, author of The Drunken Botanist

Strawberry daiquiris. Skinny martinis. Vodka sodas with lime. These are the cocktails that come in sleek-stemmed glasses, bright colors and fruity flavors—these are the Girly Drinks.

From the earliest days of civilization, alcohol has been at the center of social rituals and cultures worldwide. But when exactly did drinking become a gendered act? And why have bars long been considered “places for men” when, without women, they might not even exist?

With whip-smart insight and boundless curiosity, Girly Drinks unveils an entire untold history of the female distillers, drinkers and brewers who have played a vital role in the creation and consumption of alcohol, from ancient Sumerian beer goddess Ninkasi to iconic 1920s bartender Ada Coleman. Filling a crucial gap in culinary history, O’Meara dismantles the long-standing patriarchal traditions at the heart of these very drinking cultures, in the hope that readers everywhere can look to each celebrated woman in this book—and proudly have what she’s having.

Mallory O'Meara is an author, screenwriter and a producer for the independent film company Dark Dunes Productions. Whether it is for the screen or the page, she seeks creative projects imbued with horror and monsters. A New England native, she now lives in Los Angeles. 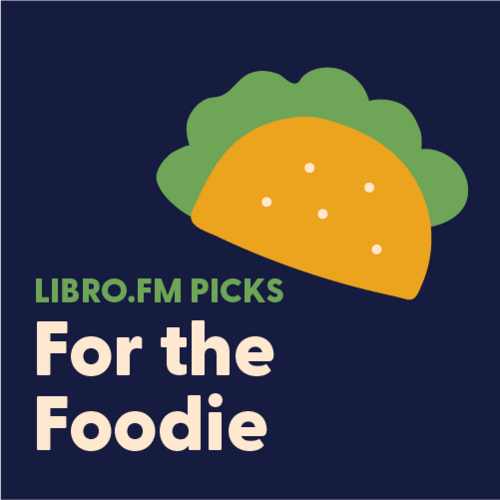 Libro.fm Picks: For the Foodie