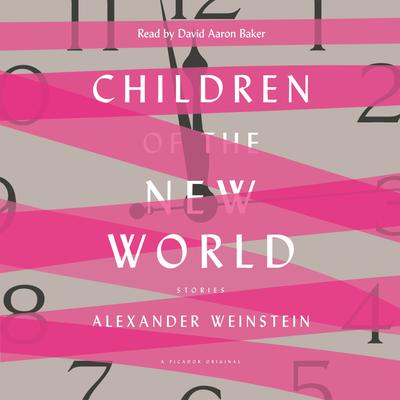 Children of the New World

Children of the New World

“Imaginative and articulate, Children of the New World envisions fascinating technologies and the cultures shaped by them. As in the best speculative fiction, Weinstein's stories are driven by a longing for deeper answers: What defines us as human? How will we maintain this humanity as our lives become increasingly interwoven with the digital? I am haunted by many of the characters in these stories and their search for the human connection in worlds where technology appears to supersede it, but I am comforted by Weinstein's implication that such connection will still be essential. This debut is an astonishing addition to the world of speculative fiction.”

Children of the New World introduces readers to a near-future world of social media implants, memory manufacturers, dangerously immersive virtual reality games, and alarmingly intuitive robots. Many of these characters live in a utopian future of instant connection and technological gratification that belies an unbridgeable human distance, while others inhabit a post-collapse landscape made primitive by disaster, which they must work to rebuild as we once did millennia ago.

In “The Cartographers,” the main character works for a company that creates and sells virtual memories, while struggling to maintain a real-world relationship sabotaged by an addiction to his own creations. In “Saying Goodbye to Yang,” the robotic brother of an adopted Chinese child malfunctions, and only in his absence does the family realize how real a son he has become.

Children of the New World grapples with our unease in this modern world and how our ever-growing dependence on new technologies has changed the shape of our society. Alexander Weinstein is a visionary new voice in speculative fiction for all of us who are fascinated by and terrified of what we might find on the horizon.