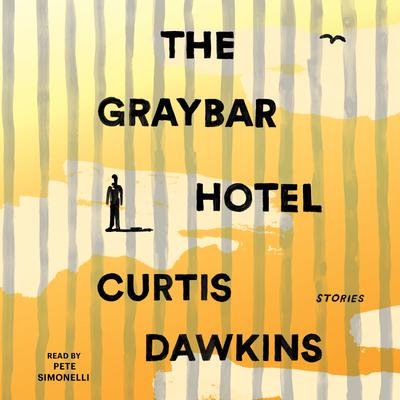 “Discard the thought that Curtis Dawkins is serving a life sentence and insert the thought that this is an amazing short-story collection by a debut author. In The Graybar Hotel, we glimpse the emotional lives of the inmates of a Kalamazoo prison, who are cut off from the world and in a place where time moves and sounds different than before. One character calls random numbers just so he can hear a voice or any noise for his allotted 15 minutes, anything to connect to the outside world again. The Graybar Hotel reminded me of reading early Denis Johnson, in the way that the writing is so sparse I fell right into the stories and suffered along with the inmates. A captivating read that allowed me a glimpse of the humanity of prison life.”

In this “toughly courageous, unflinching, and unapologetic” (O, The Oprah Magazine) debut collection, Curtis Dawkins, an MFA graduate and convicted murderer serving life without parole, “takes us inside the worlds of prison and prisoners with stories that dazzle with their humor and insight, even as they describe a harsh and barren existence” (Publishers Weekly).

In Curtis Dawkins’s first short story collection, longlisted for the 2018 Andrew Carnegie Medal, he offers a window into prison life through the eyes of his narrators and their cellmates. Dawkins reveals the idiosyncrasies, tedium, and desperation of long-term incarceration—he describes men who struggle to keep their souls alive despite the challenges they face.

In “A Human Number,” a man collect-calls strangers just to hear the sounds of the outside world. In “573543,” an inmate recalls his descent into addiction as his prison softball team gears up for an annual tournament. In “Leche Quemada,” an inmate is released and finds freedom to be complex and baffling. Dawkins’s stories are funny and sad, filled with unforgettable detail—the barter system based on calligraphy-ink tattoos, handmade cards, and cigarettes; a single dandelion smuggled in from the rec yard; candy made from powdered milk, water, sugar, and hot sauce. His characters are nuanced and sympathetic, despite their obvious flaws.

The Graybar Hotel is “well-written and worth reading for Dawkins’s craft and insight, but it’s also an occasion to consider an industry that has little to do with rehabilitation, and that makes it nearly impossible for its participants to recuperate their lives” (Chicago Tribune). Dawkins is an extraordinary writer with a knack for metaphor who gives voice to the experience of perhaps the most overlooked members of our society. “His prison stories are insightful and well written, and they ring true. Dawkins possesses the acquired wisdom of a man who’s been there, done that and, unfortunately, is staying there” (Houston Chronicle).