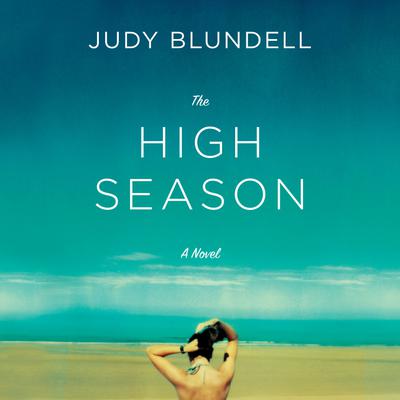 “What would you do to keep your home by the sea in Long Island? Maybe rent it out for the summer in order to get some cash to pay the bills? But what if the person who takes over the house THIS summer is out to get more than the house? Ruthie’s about to find out what she’s capable of when the rich and famous Adeline Clay takes over her nest. The parties, invited guests, and nasty business keeps building, until finally, Ruthie’s reached the end of her patience and there’s only one thing left to do. You’ll be glad you decided to go along on this ride!  ”

NAMED ONE OF THE BEST BOOKS OF THE YEAR BY REAL SIMPLE AND KIRKUS REVIEWS • “In the smart, breezy, sweet spot between Meg Wolitzer and Elin Hilderbrand.”—Entertainment Weekly

No matter what the world throws her way, at least Ruthie Beamish has the house. Located by the sea in a quiet Long Island village, the house is her nest egg—the retirement account shared with her ex-husband, Mike, and the college fund for their teenage daughter, Jem. The catch? To afford the house, Ruthie must let it go during the best part of the year.

It’s Memorial Day weekend and the start of what Jem calls “the summer bummer”: the family’s annual exodus to make way for renters. This year, the Hamptons set has arrived. Adeline Clay is elegant and connected—and will never need to worry about money. Before long, she demonstrates an uncanny ability to help herself to Ruthie’s life. Is Adeline just being her fabulous self, or is she out to take what she wants?

When an eccentric billionaire, his wayward daughter, a coterie of social climbers, and Ruthie’s old flame are thrown into the mix, the entire town finds itself on the verge of tumultuous change. But as Ruthie loses her grasp on her job, her home, and her family, she discovers a new talent for pushing back. By the end of one unhinged, unforgettable summer, nothing will be the same—least of all Ruthie.

Praise for The High Season

“Blundell knows the territory. . . . Her account of Ruthie’s coming to grips with a career, a daughter and a community in flux is as touching as it is convincing.”—The Wall Street Journal

“Judy Blundell wields words like an oyster knife in this shimmering story of art, money, and celebrity.”—Helen Simonson, New York Times bestselling author of The Summer Before the War

“A wry, often hilarious story of a woman trying to keep it together when everything is going so, so wrong.”—Real Simple