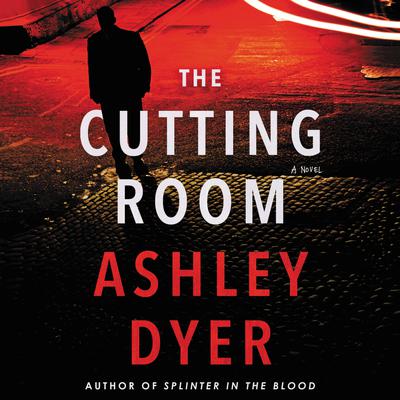 “A sadistic serial killer who thinks he is an artist is at work and it is up to DCI Greg Carver and Sargent Ruth Lake and their team to find and stop him. The killer not only sets up “artistic” displays using victim’s body parts but he uses social media to create a mob mentality about his art and to garner thousands of followers who manage to get to the scenes before the police. Carver is still suffering after effects from the head injury he received in their last case and Ruth is once again doing everything she can to cover for him, and keep this from their superiors. However, the tables are turned when Ruth’s personal life becomes enmeshed with the case and Carver has to give her some leeway while at the same time making sure the case isn’t compromised. This is one sick, depraved, individual and once again Ruth and Carver, despite their personal issues manage to do their jobs. I loved Splinter in the Blood but I liked The Cutting Room even more and can’t wait to find out more about Ruth’s back story.”

Detectives Ruth Lake and Greg Carver, introduced in the electrifying Splinter in the Blood, must stop a serial killer whose victims are the centerpiece of his macabre works of art.

While Britain is obsessed with the newest hit true-crime television show, Fact, or Fable? detectives Ruth Lake and Greg Carver are tormented by a fiendish flesh-and-blood killer on the loose.

Lured to a “crime scene” by a mysterious digital invitation, Ruth Lake is horrified by what she finds: a bizarre and gruesome tableau surrounded by a crowd of gawkers. The deadly work is the latest “art installation” designed by a diabolical criminal dubbed the Ferryman. Not only is this criminal cold-blooded; he’s a narcissistic exhibitionist desperate for an audience. He’s also clever at promoting his deadly handiwork. Exploiting England’s current true-crime craze, he uses social media to titillate and terrorize the public.

Ruth is joined in the investigation by her partner Greg Carver, who is slowly regaining his strength after a run-in with another sadistic criminal. But Greg can’t seem to shake the bewildering effects of the head wound that nearly ended him. Are the strange auras blurring his vision an annoying side effect of his injury, or could they be something more . . . a tool to help him see a person’s true nature?

In this utterly engrossing and thrilling tale of suspense, a pair of seasoned detectives face off against a wickedly smart and inventive psychopath in a tense, bloody game that leads to a shocking end.