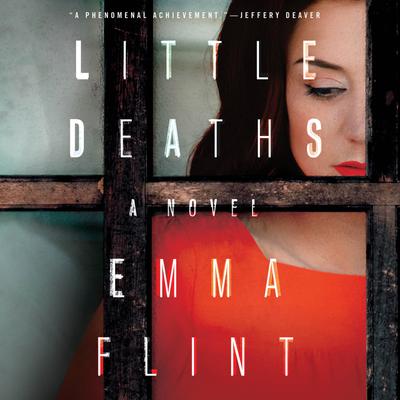 “In 1965, Ruth Malone, recently separated from her husband, wakes to find her children gone. Both are found dead and Ruth finds herself the prime suspect, tried and convicted by the court of public opinion because she is a single parent and rumors abound about her drinking and dating habits. Flint has created a compelling whodunit based on true events, and I was riveted from page one. This is a literary thriller that will have you parked in your reading chair until you turn the last page!”

It's 1965 in a tight-knit working-class neighborhood in Queens, New York, and Ruth Malone -- a single mother who works long hours as a cocktail waitress -- wakes to discover her two small children, Frankie Jr. and Cindy, have gone missing. Later that day, Cindy's body is found in a derelict lot a half mile from her home, strangled. Ten days later, Frankie Jr.'s decomposing body is found. Immediately, all fingers point to Ruth.

As police investigate the murders, the detritus of Ruth's life is exposed. Seen through the eyes of the cops, the empty bourbon bottles and provocative clothing which litter her apartment, the piles of letters from countless men and Ruth's little black book of phone numbers, make her a drunk, a loose woman -- and therefore a bad mother. The lead detective, a strict Catholic who believes women belong in the home, leaps to the obvious conclusion: facing divorce and a custody battle, Malone took her children's lives.

Pete Wonicke is a rookie tabloid reporter who finagles an assignment to cover the murders. Determined to make his name in the paper, he begins digging into the case. Pete's interest in the story develops into an obsession with Ruth, and he comes to believe there's something more to the woman whom prosecutors, the press, and the public have painted as a promiscuous femme fatale. Did Ruth Malone violently kill her own children, is she a victim of circumstance -- or is there something more sinister at play?

Inspired by a true story, Little Deaths, like celebrated novels by Sarah Waters and Megan Abbott, is compelling literary crime fiction that explores the capacity for good and evil in us all.