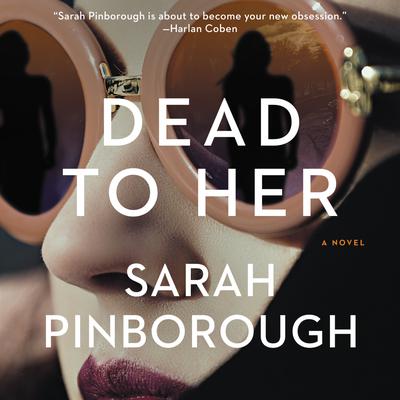 “Marcie is the second wife to Jason, a wealthy lawyer in Savannah, GA. Keeping up appearances and fitting in is tough, but Marcie is hanging on. But when Jason's boss brings home a new, young bride home from a sabbatical in London (where he went to get over the death of his first wife) everything is thrown into chaos. Everyone has secrets in this dark thriller from Pinborough. You'll be on the edge of your seat as you read about them all.”

For fans of Liane Moriarty, Liv Constantine and Lisa Jewell, a twisty psychological thriller about a savvy second wife who will do almost anything to come out on top from the New York Times bestselling author of Behind Her Eyes.

Being the second wife can be murder . . .

"Once a cheat, always a cheat," they say. Marcie Maddox has worked hard to get where she is after the illicit affair that started her new life a few years ago. But her world of country clubs, yachts and sumptuous houses in Savannah, Georgia, isn’t easy to maintain, no matter how hard she tries. Nor is keeping her husband, Jason, truly interested.

So, when Jason’s boss brings home a hot new wife from his trip to London, the young Mrs William Radford IV isn’t quite the souvenir everyone expected. Sexy, drop-dead gorgeous and black—Keisha quickly usurps Marcie’s place as the beautiful second wife. But when Marcie sees the extra spark in the room when Keisha and Jason are together and their obvious, magnetic attraction, the gloves come off.

Revenge is best served cold, but in the steamy Savannah heat, blood runs so hot that this summer it might just boil over into murder.