Notes on Learning to Run
by Alexandra Heminsley

Until five years ago, Alexandra Heminsley was decidedly not a runner. Nor was she athletic in any sense of the word. She was an ordinary, curvy woman who was convinced that sports of any kind, especially running, were beyond her. But she' s made running part of her life, and gets to reap the rewards: not just the obvious things, like a touch of weight loss, health and glowing skin, but self-belief, and immeasurable daily pleasure. She' s discovered a new closeness to her father - a marathon-runner of many years' standing - and her brother, with whom she ran her first marathon, as well as a new side to herself, and has become intrigued by the little-known but rich feminist history to running. Along the way, Alex has had to handle the logistics of learning to run: the intimidating questions of a 22 year-old sales assistant while buying running shoes, where to get decent bra for the larger bust, and how to apply Vaseline to make the wearing of both comfortable. She' s worked out how not to freeze, how not to get sunstroke, and what (and when) to eat before a run. She' s worked out what' s important (pockets) and what isn' t (appearance) about what you wear. She' s conquered the logistics of how to run a race, and how to use a heart rate monitor. She' s run the gamut of uncontrollable emotion that a long-distance race can bring, and she' s experienced the zen moment of distance covered, problems solved, that is the grail of every regular runner. Part memoir, part ' how to' , RUNNING LIKE A GIRL is a funny, warm and practical exhortation to ordinary women to lace up their sneakers, and see what they are capable of. *A winning voice. Alexandra Heminsley has the appeal of the girl-next-door, the self-deprecating, British charm of Bridget Jones, and an unpretentious and infectious passion for running. *Delivers a promise that it is never too late to become a runner. A funny, warm and motivational book for any woman who has ever run, wanted to run, tried to run, or failed to run (even if just around the block). Heminsley's personal journey from non-athlete extraordinaire to someone who has completed six marathons is inspiring and also offers practical advice on how to get started--from the importance of hydration to what sports bra to wear. *Running is a bestselling category: Runners buy books. Dozens of successful titles including Once a Runner, Born to Run, and Ultra Marathon Man are testament to the huge market for narrative books about running. *A running book for normal women: Though women make up more than half of the running population, there are very few narrative books that speak to them. This book will address that gap in the marketplace. As Alexandra writes, "There is little to encourage the woman who, after a few too many years of white wine for supper and a sneaky cigarette on a Friday night, has a tiny, whispering voice in her head suggesting that she might like to give it a try." *Funny, attractive, media savvy author who knows her audience--Heminsley has a significant media profile in the UK, she is the books editor for Elle UK, appears regularly on BBC Radio 2 and other popular British radio shows, and contributes to several women's magazines as well as the Independent on Sunday and the Guardian. She is active on social media and has 8,700 Twitter followers. She will spend the next several months parlaying her UK experience and contacts into US magazine work. *Heminsley has a strong relationship with Nike, who found her via her Twitter feed and sponsored her in the Women' s Marathon in San Francisco and will sponsor her again in October 2013 in conjunction with the publication of our book. Alexandra Heminsley worked in publishing for six years before becoming a freelance journalist, broadcaster and the author of Ex and the City. She is the books editor for Elle UK, The Claudia Winkleman arts show on BBC Radio 2, was the Book Club Expert on Sky1 Daytime Series Angela & Friends and a regular contributor to the Simon Mayo Books Panel on BBC Radio 5live. She is a regular contributor to Waterstone's Books Quarterly, the Independent on Sunday and Grazia magazine, as well as the Richard Bacon Show on BBC Radio 5 Live, and Nemone's BBC 6music afternoon show. She lives in London. 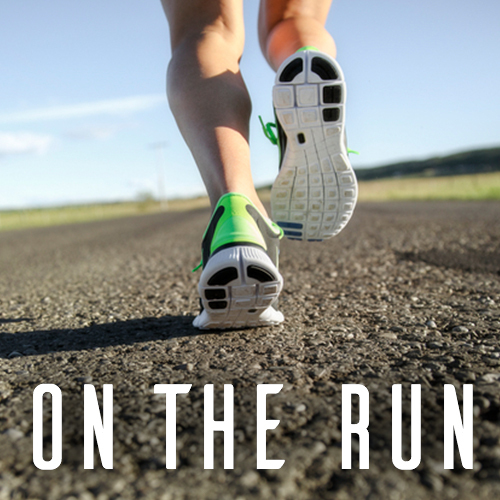