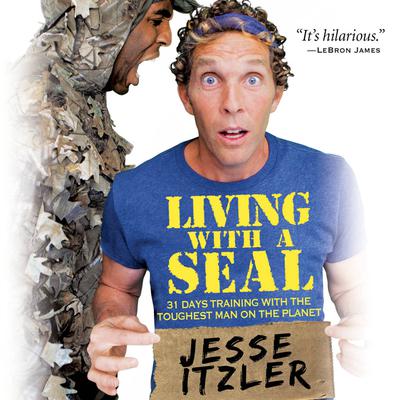 Living with a SEAL

31 Days Training with the Toughest Man on the Planet

Entrepreneur Jesse Itzler chronicles his month of living and extreme fitness training with a Navy SEAL in the New York Times and #1 LA Times bestseller Living With a Seal, now with two bonus chapters.

Entrepreneur Jesse Itzler will try almost anything. His life is about being bold and risky. So when Jesse felt himself drifting on autopilot, he hired a rather unconventional trainer to live with him for a month-an accomplished Navy SEAL widely considered to be "the toughest man on the planet"!

Living With a Seal is like a buddy movie if it starred the Fresh Prince of Bel- Air. . .and Rambo. Jesse is about as easy-going as you can get. SEAL is. . . not. Jesse and SEAL's escapades soon produce a great friendship, and Jesse gains much more than muscle. At turns hilarious and inspiring, Living With a Seal ultimately shows you the benefits of stepping out of your comfort zone.