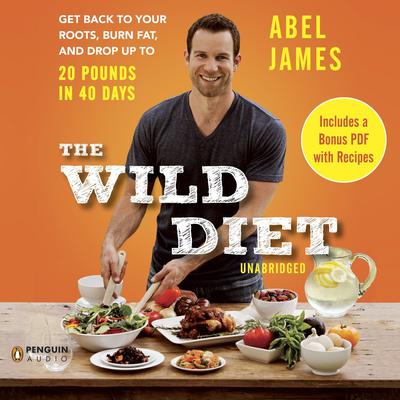 Every month, half a million visitors download The Fat-Burning Man Show, eager to learn the secret of Abel James’s incredible weight-loss success. Growing up on a defunct farm in the backwoods of New Hampshire, James had easy access to a host of natural foods that a backyard garden could provide: eggs, fresh produce, and real butter. But as he got older, he started eating a "modern diet" of processed foods, and by his early twenties, James found himself with high blood pressure, insomnia, acne, digestive problems, and love handles. Following the typical dieting advice of “eat less, exercise more,” and despite running thirty miles a week and nibbling tasteless, low-fat, low-calorie food, his health only worsened as his waistline expanded.

In an effort to gain control of his health, James dug deep into nutrition research and discovered that everything he’d been told about low-calorie eating was wrong. He realized that our bodies are wired to eat luxuriously—and burn fat—as long as we’re eating real, natural foods that are grown on a farm and not in a factory. Incredibly, after just a few days of eating the most delicious "wild" foods that were rich in fat and fiber, James’s health problems began to disappear. And after forty days—and radically cutting back his exercise routine—he had lost twenty pounds.

The Wild Diet is the book James’s hundreds of thousands of fans have been clamoring for. At a time when our collective health is failing, James sounds a clarion call to announce that good health doesn’t live in a pill, exercise program, or soul-crushing diet. The secret is simply getting back to our wild roots and eating the way we have for centuries.

Includes a bonus PDF of meals and recipes from the book.