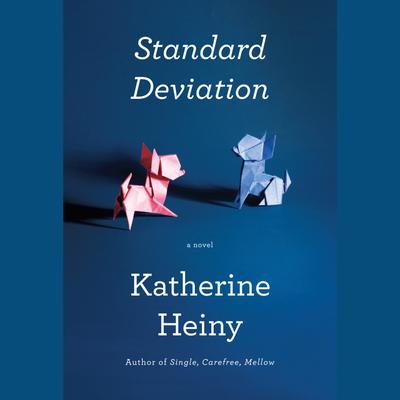 “I was a fan of Single, Carefree, Mellow so it was a treat to read Katherine Heiny's latest release. Standard Deviation wryly delves into the complications and contradictions inherent in good, long-term love and parenting a slightly more challenging child. This is a laugh-out-loud, funny read with brains and heart, and a gentler world to spend time in for anyone who just needs a break.”

TheSkimm’s Best of Skimm Reads
NPR’s Guide to Great Reads
The Washington Post’s 50 Notable Works of Fiction of the Year
Minnesota Public Radio’s The Best Books to Give and Get: Fiction Picks of the Year

An uproarious novel ("Both heart-piercing and, crucially, very funny." —Louise Erdrich, The New York Times) from the celebrated author of Single, Carefree, Mellow about the challenges of a good marriage, the delight and heartache of raising children, and the irresistible temptation to wonder about the path not taken.

When Graham Cavanaugh divorced his first wife it was to marry his girlfriend, Audra, a woman as irrepressible as she is spontaneous and fun. But, Graham learns, life with Audra can also be exhausting, constantly interrupted by chatty phone calls, picky-eater houseguests, and invitations to weddings of people he’s never met. Audra firmly believes that through the sheer force of her personality she can overcome the most socially challenging interactions, shepherding her son through awkward playdates and origami club, and even deciding to establish a friendship with Graham’s first wife, Elspeth.  Graham isn't sure he understands why Audra longs to be friends with the woman he divorced. After all, former spouses are hard to categorize—are they enemies, old flames, or just people you know really, really well? And as Graham and Audra share dinners, holidays, and late glasses of wine with his first wife he starts to wonder: How can anyone love two such different women? Did I make the right choice? Is there a right choice? A hilarious and rueful debut novel of love, marriage, infidelity, and origami, Standard Deviation never deviates from the superb.