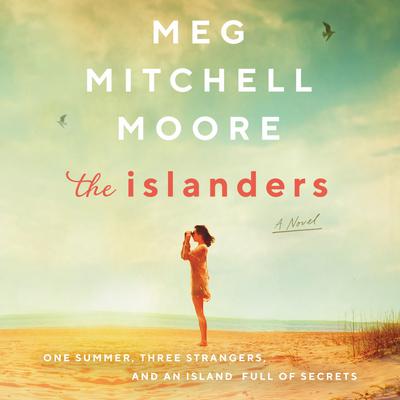 “In The Islanders, Moore tells a wonderful tale of forgiveness and love woven into the beautiful backdrop of Block Island, Rhode Island. A disgraced author must hit bottom before he can start to forgive himself and find his way back to life. A local shop owner must deal with the changes that have taken place in her life , including her daughter leaving home and some new competition that threatens her livelihood. Well-written with sharply drawn characters, this is more than a beach read but just as enjoyable.”

Anthony Puckett was a rising literary star. The son of an uber-famous thriller writer, Anthony’s debut novel spent two years on the bestseller list and won the adoration of critics. But something went very wrong with his second work. Now Anthony’s borrowing an old college’s friend’s crumbling beach house on Block Island in the hopes that solitude will help him get back to the person he used to be.

Joy Sousa owns and runs Block Island’s beloved whoopie pie café. She came to this quiet space eleven years ago, newly divorced and with a young daughter, and built a life for them here. To her customers and friends, Joy is a model of independence, hard-working and happy. And mostly she is. But this summer she’s thrown off balance. A food truck from a famous New York City brand is roving around the island, selling goodies—and threatening her business.

Lu Trusdale is spending the summer on her in-laws’ dime, living on Block Island with her two young sons while her surgeon husband commutes to the mainland hospital. When Lu’s second son was born, she and her husband made a deal: he’d work and she’d quit her corporate law job to stay home with the boys. But a few years ago, Lu quietly began working on a private project that has becoming increasingly demanding on her time. Torn between her work and home, she’s beginning to question that deal she made.

Over the twelve short weeks of summer, these three strangers will meet and grow close, will share secrets and bury lies. And as the promise of June turns into the chilly nights of August, the truth will come out, forcing each of them to decide what they value most, and what they are willing to give up to keep it.

This audiobook includes an episode of the Book Club Girl Podcast, featuring an interview with Meg Mitchell Moore about The Islanders.