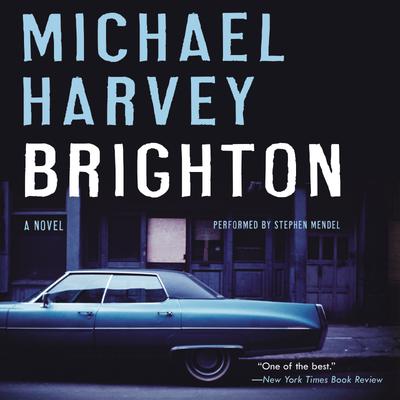 “Gritty, thrilling, and full of twists, Harvey's first novel to be set in his hometown of Boston is cause for celebration. Its namesake neighborhood is as richly textured as the characters in this deeply moving crime story about two friends haunted by their shared past of violence. While it will certainly appeal to fans of Dennis Lehane's Mystic River, Brighton sings with a fresh Bostonian voice that is all its own.”

An extraordinary thriller—gripping, haunting, and marvelously told—about two friends growing up in a rapidly changing Boston, who must face the sins of their past in the midst of a series of brutal murders.

Kevin Pearce—baseball star, honor student, the pride of Brighton—was fifteen when he left town in the back of his uncle’s cab. He and his buddy Bobby Scales had just committed heinous violence for what they thought were the best of reasons. Kevin didn’t want a pass, but he was getting it anyway. Bobby would stay and face the music; Kevin’s future would remain bright as ever. At least that was the way things were supposed to work, except in Brighton things never work the way they’re supposed to.

Twenty-six years later, Kevin is a Pulitzer Prize–winning journalist for the Boston Globe. He’s never been back to his old block, having avoided his family and, especially, Bobby Scales. Then he learns his old friend is the prime suspect in a string of local murders. Suddenly, Kevin’s headed home—to protect a friend and the secret they share. To report this story to the end and protect those he loves, he must face not only an elusive, slippery killer, but his own corrupted conscience.

A powerhouse of a thriller, Brighton is a riveting and elegiac exploration of promises broken, debts owed, and old wrongs made right . . . no matter what the cost.