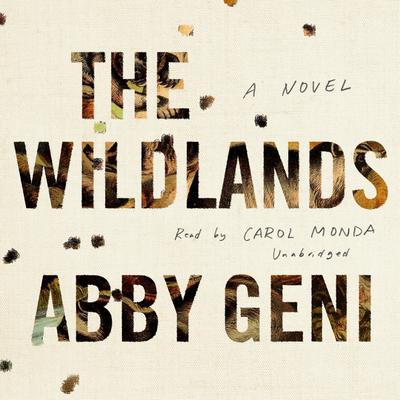 “Sometimes, more than parents or spouses, siblings are those we share the greatest intimacies and the harshest family histories. Only the four McCloud siblings know how deep the loss of their father and family farm is to them all, especially Tucker, the brother who connected the most to the animals, so beloved by his deceased mother. More than a story of a family broken apart by a natural disaster, THE WILDLANDS will have you discussing ecotourism, what it means to be loyal, and how far you'll go to help your brother. This book is a spellbinding read you'll become obsessed with and exactly what I expect from Counterpoint Press. Bravo!”

From the award-winning author of The Lightkeepers comes a page-turning new novel that explores the bond between siblings and the animal instincts that threaten to destroy them.

When a Category 5 tornado ravaged Mercy, Oklahoma, no family in the small town lost more than the McClouds. Their home and farm were instantly demolished, and orphaned siblings Darlene, Jane, and Cora made media headlines. This relentless national attention and the tornado's aftermath caused great tension with their brother, Tucker, who soon abandoned his sisters and disappeared.

On the three-year anniversary of the tornado, a cosmetics factory outside of Mercy is bombed, and the lab animals trapped within are released. Tucker reappears, injured from the blast, and seeks the help of nine-year-old Cora. Caught up in the thrall of her charismatic brother, whom she has desperately missed, Cora agrees to accompany Tucker on a cross-country mission to make war on human civilization.

Cora becomes her brother's unwitting accomplice, taking on a new identity while engaging in acts of escalating violence. Darlene works with Mercy police to find her siblings, leading to an unexpected showdown at a zoo in Southern California. The Wildlands is another remarkable literary thriller from critically acclaimed writer Abby Geni, one that examines what happens when one family becomes trapped in the tenuous space between the human and animal worlds.

Notice to our customers about The Wildlands