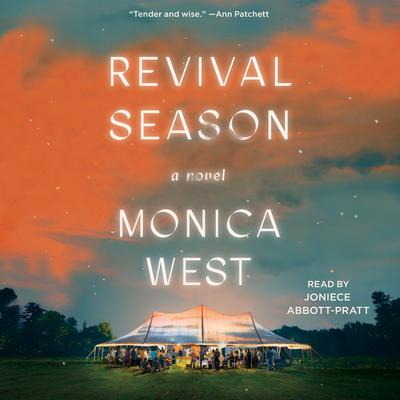 “In Revival Season, 15-year-old Miriam Horton's eyes are opened to the complexities of spirituality and the depraved nature of humans, including one who she admires the most: her own father, an Evangelical Baptist preacher who plans revival circuits every summer. After witnessing her father violently react to a man who questions his ability to heal, Miriam's world is turned upside-down. And then we have a front-row seat to the downward spiral of her father's confidence and his treatment of others. She realizes that her father has developed a God-complex, and that his healings have become unsuccessful because he has begun to believe in himself more than God. In the midst of her father's crisis, Miriam grapples with the discovery of her own gifts and the tension between wanting to use her gifts to do God's work, and her father's conviction that women are unfit for such work.As someone who grew up around Southern Evangelical churches, this book was a page-turner for me as I rooted for Miriam to discover her own unique gifts, and to use her voice despite being stifled by her father and the church.”

Allison, The Snail on the Wall

The daughter of one of the South’s most famous Baptist preachers discovers a shocking secret about her father that puts her at odds with both her faith and her family in this “tender and wise” (Ann Patchett, author of Commonwealth) debut novel.

Every summer, fifteen-year-old Miriam Horton and her family pack themselves tight in their old minivan and travel through small southern towns for revival season: the time when Miriam’s father—one of the South’s most famous preachers—holds massive healing services for people desperate to be cured of ailments and disease.This summer, the revival season doesn’t go as planned, and after one service in which Reverend Horton’s healing powers are tested like never before, Miriam witnesses a shocking act of violence that shakes her belief in her father—and in her faith.

When the Hortons return home, Miriam’s confusion only grows as she discovers she might have the power to heal—even though her father and the church have always made it clear that such power is denied to women. Over the course of the next year, Miriam must decide between her faith, her family, and her newfound power that might be able to save others, but, if discovered by her father, could destroy Miriam.

Celebrating both feminism and faith, Revival Season is a story of spiritual awakening and disillusionment in a Southern, black, Evangelical community. Monica West’s transporting coming-of-age novel explores complicated family and what it means to live among the community of the faithful.