“This was my first experience listening to David Sedaris. It was great. His stories are always smart and funny, sometimes disturbing, but always make me think. Wonderful to hear him tell them authentically.”

“Happy-Go-Lucky is another bang up group of essays of Sedaris' hilarious life, including family and partner stories deliciously presented. His Oberlin Commencement Speech, alone, is worth the book price! An upper for anyone down or ailing!”

“Another terrific collection of essays from David Sedaris, and it's as good as anything he has ever written. This time, the humorist sets his sights on gun laws, Covid-19, loneliness, his father's death, and even a Black Lives Matter march. If this seems heavy, just wait till you get to the objects inserted into rectums part! Raunchy, hilarious, and often poignant, Sedaris is simply one of the best! If you can get the audiobook, do so, because David's readings are legendary.”

“Unsurprisingly, Sedaris delivers a thoughtful, funny, somber, and occasionally gross examination of the world today. This includes COVID-19, MeToo, BLM, the transition from Trump to Biden, and the death of his father who was, in his words, a 'character.' I couldn't stand to live in a world without David Sedaris. And him reading his own work is just.... *chef's kiss* perfect.”

“Sedaris reading his own stories is a true treasure. He’s a master storyteller and hearing him tell his stories adds an extra layer of delight. His pauses and inflections make each story that much more hilarious or profound. Sedaris’ brand of humor and his willingness to share candid, sometimes cringy, details of his life, keep me coming back for more. This is Sedaris at his best.”

Back when restaurant menus were still printed on paper, and wearing a mask—or not—was a decision made mostly on Halloween, David Sedaris spent his time doing normal things. As Happy-Go-Lucky opens, he is learning to shoot guns with his sister, visiting muddy flea markets in Serbia, buying gummy worms to feed to ants, and telling his nonagenarian father wheelchair jokes.

But then the pandemic hits, and like so many others, he’s stuck in lockdown, unable to tour and read for audiences, the part of his work he loves most. To cope, he walks for miles through a nearly deserted city, smelling only his own breath. He vacuums his apartment twice a day, fails to hoard anything, and contemplates how sex workers and acupuncturists might be getting by during quarantine.

As the world gradually settles into a new reality, Sedaris too finds himself changed. His offer to fix a stranger’s teeth rebuffed, he straightens his own, and ventures into the world with new confidence. Newly orphaned, he considers what it means, in his seventh decade, no longer to be someone’s son. And back on the road, he discovers a battle-scarred America: people weary, storefronts empty or festooned with Help Wanted signs, walls painted with graffiti reflecting the contradictory messages of our time: Eat the Rich. Trump 2024. Black Lives Matter.

In Happy-Go-Lucky, David Sedaris once again captures what is most unexpected, hilarious, and poignant about these recent upheavals, personal and public, and expresses in precise language both the misanthropy and desire for connection that drive us all. If we must live in interesting times, there is no one better to chronicle them than the incomparable David Sedaris. 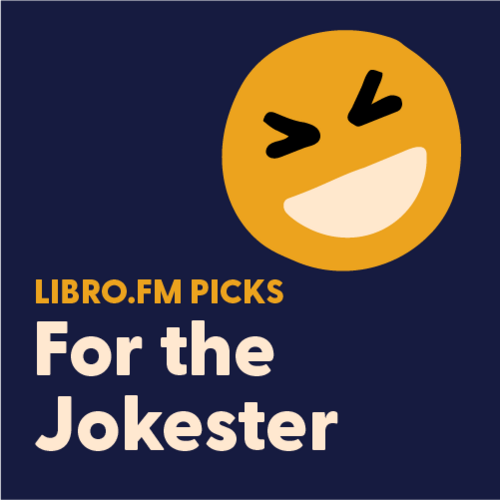 “Sedaris's many fans will be filling up reserve lists for a fresh infusion of his unique candor and comedy… though his tone is more poignant than pointed, the essential Sedaris humor reassuringly endures. Amid the barbed quips, there is genuine sorrow, an empathy born of arduous experience.”—Carol Haggas, Booklist (starred review) “A sweet-and-sour set of pieces on loss, absurdity, and places they intersect… Sedaris remains stubbornly irreverent even in the face of pandemic lockdowns and social upheaval.”—Kirkus Reviews “David Sedaris is a singularly talented humorist who lands acerbic zingers with the calculating precision of a kamikaze pilot… He’s maintained league-of-his-own status by staying light on his feet: Just when you’re expecting a wry jab, he clocks you with a poignant gut punch.”—Rachel Rosenblit, Washington Post "Hilarious… much of Sedaris’ humor comes from saying the quiet parts out loud—writing frankly about things most of us never mention."—Collette Bancroft, Tampa Bay Times “Sedaris is a fun, wickedly funny companion. But for all his playful irreverence and potty humor, he also brings a sharp moral eye to his subjects…He illuminates the manifold wonders (and weirdness) of everyday life.”—Cornelia Channing, Vulture Praise for David Sedaris:
?

“Sedaris has such a gift for illuminating small things… His essays exist for a reason—namely, to describe and preserve his family. His family is the deciding factor that makes him a warm and funny writer to the core.”—Liana Finck, New York Times Book Review “Sedaris’ signature wit has always thrived on the macabre, so perhaps it should come as no surprise that Happy-Go-Lucky is some of his darkest—and most astute—writing yet… No topic is out of bounds for Sedaris’ acerbic humor and sharp observations.”—Time “Happy-Go-Lucky is like a reminder of an old friend who can still make you laugh out loud, but with a poignance now.”—Christopher Borrelli, Chicago Tribune “The older Sedaris gets, the funnier he gets—if you don’t mind your laugh out loud humor tempered with self-knowledge and compassion."—Bethanne Patrick, Los Angeles Times Praise for Happy-Go-Lucky:

“Sublimely funny… Sedaris is back, doing the thing his readers have come to adore: offering up wry, moving, punchy stories about his oddball family… The pieces range widely, following the path of Sedaris’s travels and his eccentric mind, but a through line involves his nonagenarian father… This is one of the more complicated relationships of Sedaris’s life, and he is unflinching as he tries to understand who his enigmatic father was, and how living with him altered the shape of his own existence.”—Gal Beckerman, The Atlantic “Sedaris, a perennial contrarian, has entered into a comfortable late-middle age that could sink a less determined writer… Happily for Sedaris’s fans, it will take more than prosperity to mellow him out: His trademark black humor and puckish misanthropy remain.”—James Tarmy, Bloomberg “Sedaris has long been frank about his lifelong disconnect with his father, but he has reflected more openly — and movingly — about it since his father reached his nineties… Happy-Go-Lucky is more somber than Sedaris' usual fare, but there are some fresh, funny bits wedged between the weighty boulders.”—Heller McAlpin, NPR “Sedaris is funny—invariably. That’s his gift… Even amid the overwhelming gloom of the pandemic, a summer of unrest and the death of a father toward whom he still has complicated feelings, Sedaris never loses his wit or his crack timing.”—Tyler Malone, Los Angeles Times “A new collection of poignant, honest and funny essays… Sedaris is simultaneously amusing and brutal while unflinchingly exposing the ironies of his family and life in general.”—Anita Snow, Associated Press “Consistently funny… when you’re dealing with a talent as outsize as Sedaris’s, even the missteps are fairly negligible… Rather, the lasting impression of “Happy-Go-Lucky” is similar to that of Sedaris’s other books: It’s a neat trick that one writer’s preoccupation with the odd and the inappropriate can have such widespread appeal.”—Henry Alford, New York Times Book Review “Comically blistering… David Sedaris is the standard against which all other humor essayists are judged, the overwhelming heavyweight of the genre… Happy-Go-Lucky could serve as a textbook to readers dealing with the end times of their own parents with whom they don’t get along.”—Brian Boone, Vulture “Engaging… Sedaris recounts his lockdown experience with his customary blend of wry self-deprecation and affable misanthropy.”—Houman Barekat, The Guardian Expand reviews