Danica Waterhouse is a fully modern witch?daughter, granddaughter, cousin, and co-owner of the Fix-It Witches, a magical tech repair shop. After a messy breakup that included way too much family feedback, Danica made a pact with her cousin: they'll keep their hearts protected and have fun, without involving any of the overly opinionated Waterhouse matriarchs. Danica is more than a little exhausted navigating a long-standing family feud where Gram thinks the only good mundane is a dead one and Danica's mother weaves floral crowns for anyone who crosses her path. Three blocks down from the Fix-It Witches, Titus Winnaker, owner of Sugar Daddy's bakery, has family trouble of his own. After a tragic loss, all he's got left is his sister, the bakery, and a lifetime of terrible luck in love. Sure, business is sweet, but he can't seem to shake the romantic curse that's left him past thirty and still a virgin. He's decided he's doomed to be forever alone. But then he meets Danica Waterhouse. The sparks are instant; their attraction, irresistible. For him, she's the one. To her, he's a firebomb thrown in the middle of a family war. Can a modern witch find love with an old-fashioned mundane who refuses to settle for anything less than forever?

Ann Aguirre is a New York Times and USA Today bestselling author who has been a clown, a clerk, a savior of stray kittens, and a voice actress, not necessarily in that order. She grew up in a yellow house across from a cornfield but now lives with her family in Mexico. She writes all kinds of genre fiction but has an eternal soft spot for a happily ever after. For more information, visit AnnaGuirre.com.

Ava Lucas is a formally trained actor and a Sultry Listeners Award semi-finalist. Her passion and focus are romance novels because she loves to tell stories about people who are missing pieces of themselves and fall in love with a partner who can fill in those gaps. The first romance novel she ever read was Judy Blume's Forever, which was given to her by her mother. A social-media addict, she lives and works in Los Angeles. 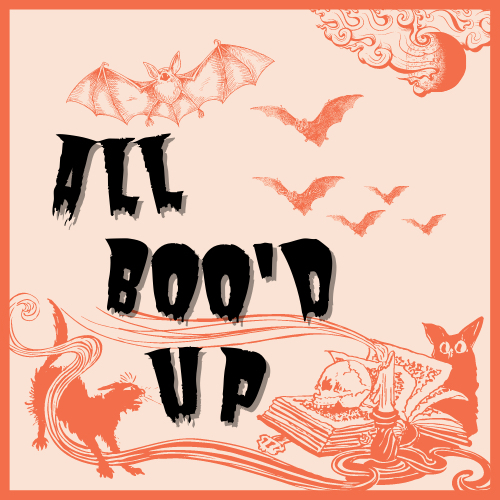 All Boo'd Up: Spooky Romance Novels for Spooky Season Reading