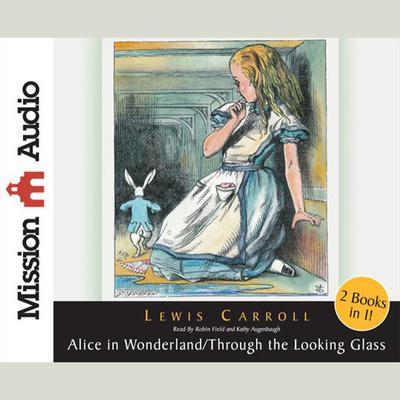 Alice in Wonderland and Through The Looking Glass

Many a day we rowed together on that quiet stream…and many a fairy tale had been extemporized…yet none of these tales got written down: they lived and died…each in its own golden afternoon until there came a day when, as it chanced, one of the listeners petitioned that the tale might be written down for her. Thus, in 1864, Oxford mathematician Charles Dodgson (under the pen name of Lewis Carroll) presented family friend, Alice Liddell with the first edition of what would become the inimitable classic, Alice’s Adventures in Wonderland. Seven years after Alice’s success, Carroll published Through the Looking Glass and What Alice Found There, the equally beloved sequel. Freshly and imaginatively narrated, listeners will be delighted to accompany Alice on her journey into a world where nonsense and mayhem would reign supreme, but for the satirical practicality of a child.