The World Fantasy Award-winning author of The First Fifteen Lives of Harry August presents a mesmerizing tale of a gambling house whose deadly games of chance and skill control the fate of empires.

Everyone has heard of the Gameshouse. But few know all its secrets. . .

It is the place where fortunes can be made and lost through chess, backgammon -- every game under the sun.

But those whom fortune favors may be invited to compete in the higher league. . . a league where the games played are of politics and empires, of economics and kings. It is a league where Capture the Castle involves real castles, where hide and seek takes place on the scale of a continent.

Among those worthy of competing in the higher league, three unusually talented contestants play for the highest stakes of all. . .

Claire North is a pseudonym for Catherine Webb, a Carnegie Medal-nominated author whose first book was written when she was just fourteen years old. She went on to write several other novels in various genres, before publishing her first major work as Claire North, The First Fifteen Lives of Harry August, in 2014. It was a critically acclaimed success, receiving rave reviews and an Audie nomination, and was included in the Washington Post's Best Books of the Year list. Her next novel, Touch, was also in the Washington Post's Best Books of the Year, in 2015. Catherine currently works as a theatre lighting designer and is a fan of big cities, urban magic, Thai food and graffiti-spotting. She lives in London. 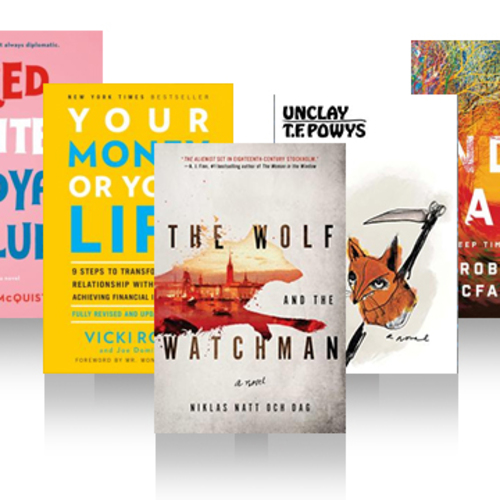 "An eerily plausible dystopian masterpiece, as harrowing as it is brilliant"—Emily St. John Mandel, bestselling author of Station Eleven, on 84K "An extraordinary novel that stands with the best of dystopian fiction, with dashes of The Handmaid's Tale."—Cory Doctorow on 84K "Everybody needs to read 84K. Consistently thoughtful fiction like this needs to be championed. I'll admit it, I'm a little in awe of the author. Her work is sublime.... Claire North deserves your undivided attention. Buy the book, read it. Your brain will thank you.... If there was a rating higher than highly recommended this book would receive it."—The Eloquent Page "A terrifying setting that feels rooted to the present day.... Imbued with a menace that feels both recognizable and urgent, and the decisions the characters make as a result feel uncomfortably real."—RT Book Reviews on 84K "Another captivating novel from one of the most intriguing and genre-bending novelists currently working in the intersection between thriller and science fiction."—Booklist (starred review) on 84K "A furious, confrontational book that's extremely smart... its energy is infectious and its ideas are fiercely provocative."—SciFiNow on 84K "Put simply, this book just blew my mind. A remarkable writer, doing extraordinary things, and I think this is her best book yet."—Blue Book Balloon on 84K "Claire North goes from strength to strength.... A tense, moving story."—Guardian on 84K "One of the most distinct and compelling SF novels of the year thus far."—Toronto Star on 84K "A dystopian anthem for the modern activist... a cracking thriller.... Quite simply, North's best book so far."—Starburst on 84K "Evocative, thought-provoking... I'll read anything she writes."—Omnivoracious on 84K "The truly scary thing about 84K is how convincing this dark, brutal class-divided Britain is."—SFX "Vivid and disturbing."—Publishers Weekly on 84K "A fascinating look at the decisions society is taking now."—The Bookbag on 84K "Claire North's writing is terrific, smart, and entertaining."—Patrick Ness on The First Fifteen Lives of Harry August "Claire North is a true original, a master of ingenious plotting and feats of imagination."
—Alex Marwood, author of The Wicked Girls, on The Sudden Appearance of Hope "Wonderful novel...held together by a compelling mystery involving nothing less than the end of the world itself. Beautifully written and structured...a remarkable book."—Booklist (starred review) on The First Fifteen Lives of Harry August "A subtle study of friendship, love and the complexity of existence."—Eric Brown, Guardian on The First Fifteen Lives of Harry August "Wholly original and hauntingly beautiful. North is a writer to watch."—Kirkus on The End of the Day "North is [a] consistently intriguing writer."—Locus on The End of the Day Expand reviews