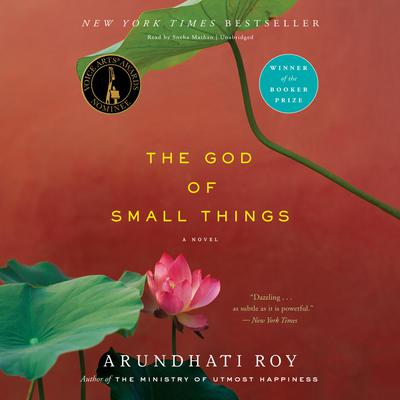 The God of Small Things

The New York Times bestselling and Booker Prize-winning novel about an Indian family in tragic decline that introduced the world to the voice of Arundhati RoyLikened to the works of Faulkner and Dickens when it was first published twenty years ago, this extraordinarily accomplished debut novel is a brilliantly plotted story of forbidden love and piercing political drama, centered on the tragic decline of an Indian family in the state of Kerala, on the southernmost tip of India. Armed only with the invincible innocence of children, the twins Rahel and Esthappen fashion a childhood for themselves in the shade of the wreck that is their family-their lonely, lovely mother Ammu (who loves by night the man her children love by day), their blind grandmother Mammachi (who plays Handel on her violin), their beloved uncle Chacko (Rhodes scholar, pickle baron, radical Marxist, bottom-pincher), their enemy Baby Kochamma (ex-nun and incumbent grandaunt), and the ghost of an imperial entomologist's moth (with unusually dense dorsal tufts).When their English cousin and her mother arrive on a Christmas visit, the twins learn that things can change in a day. That lives can twist into new, ugly shapes, even cease forever. The brilliantly plotted story uncoils with an agonizing sense of foreboding and inevitability. Yet nothing prepares you for what lies at the heart of it.

Notice to our customers about The God of Small Things