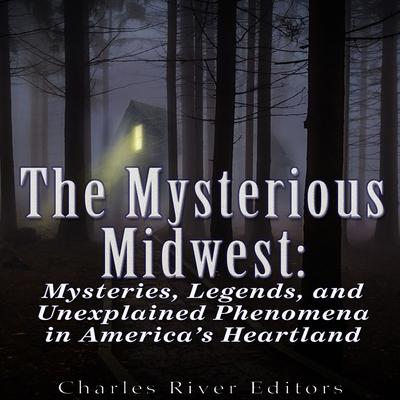 The U.S. Census Bureau defines the Midwest as consisting of a dozen states: Illinois, Indiana, Iowa, Kansas, Michigan, Minnesota, Missouri, Nebraska, North Dakota, Ohio, South Dakota, and Wisconsin. Outsiders often deride the region, and for many who have never been there, America’s heartland is just a bunch of “flyover states” with little influence, little history, and little interest.

However, anyone familiar with the region this couldn’t be further from the truth. The Midwest is rich in history and folklore, and it has more than its fair share of mysteries, too. Strange creatures, Native American legends, haunted houses, and unexplained phenomena are rife in these states, and this book will uncover just a sample of the countless strange tales of America’s Heartland.

The Mysterious Midwest: Mysteries, Legends, and Unexplained Phenomena in America’s Heartland is part of an ongoing series by Sean McLachlan and Charles River Editors that includes The Weird Wild West, Mysteries of the South, and Mysterious New England, and more regional titles will be coming soon. This book offers a sampling of strange, unexplained, and just plain odd stories of the Midwest that have fascinated people in and around the region for centuries.