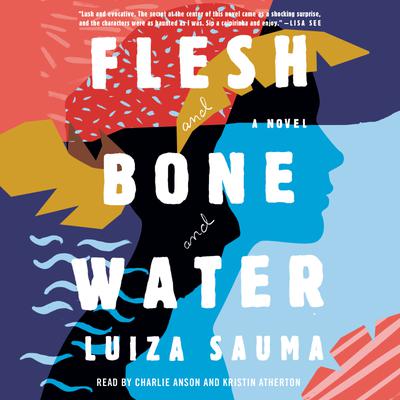 Flesh and Bone and Water

From an exciting new voice in literary fiction, a seductive, dazzling, atmospheric story of family, class, and deception set against the mesmerizing backdrops of Rio de Janeiro, the Amazon River, and London.

André is a listless Brazilian teenager and the son of a successful plastic surgeon who lives a life of wealth and privilege, shuttling between the hot sands of Ipanema beach and his family’s luxurious penthouse apartment. In 1985, when he is just sixteen, André’s mother is killed in a car accident. Clouded with grief, André, his younger brother Thiago, and his father travel with their domestic help to Belem, a jungle city on the mouth of the Amazon, where the intense heat of the rainforest only serves to heighten their volatile emotions. After they arrive back in Rio, André’s father loses himself in his work, while André spends his evenings in the family apartment with Luana, the beautiful daughter of the family’s maid.

Three decades later, and now a successful surgeon himself, André is a middle-aged father, living in London, and recently separated from his British wife. He drinks too much wine and is plagued by recurring dreams. One day he receives an unexpected letter from Luana, which begins to reveal the other side of their story, a story André has long repressed.

In deeply affecting prose, debut novelist Luiza Sauma transports readers to a dramatic place where natural wonder and human desire collide. Cutting across race and class, time and place, from London to Rio to the dense humidity of the Amazon, Flesh and Bone and Water straddles two worlds with haunting meditations on race, sex, and power in a deftly plotted coming-of-age story about the nature of identity, the vicissitudes of memory, and how both can bend to protect us from the truth.