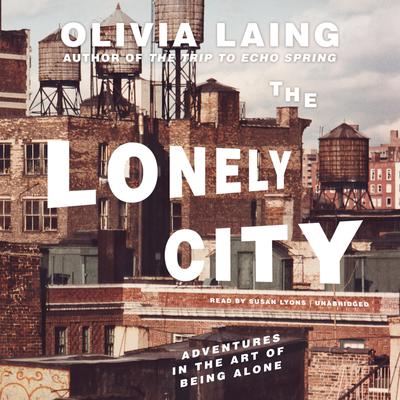 Adventures in the Art of Being Alone

#1 Book of the Year from Brain Pickings.

An expertly crafted work of reportage, memoir, and biography on the subject of loneliness told through the lives of six iconic artists, by the acclaimed author of The Trip to Echo Spring. You can be lonely anywhere, but there is a particular flavor to the loneliness that comes from living in a city, surrounded by thousands of strangers. The Lonely City is a roving cultural history of urban loneliness, centered on the ultimate city: Manhattan, that teeming island of gneiss, concrete, and glass.What does it mean to be lonely? How do we live if we’re not intimately involved with another human being? How do we connect with other people, particularly if our sexuality or physical body is considered deviant or damaged? Does technology draw us closer together or trap us behind screens?

Olivia Laing explores these questions by traveling deep into the work and lives of some of the century’s most original artists, among them Andy Warhol, David Wojnarowicz, Edward Hopper, Henry Darger, and Klaus Nomi. Part memoir, part biography, part dazzling work of cultural criticism, The Lonely City is not just a map, but a celebration of the state of loneliness. It’s a voyage out to a strange and sometimes lovely island, adrift from the larger continent of human experience, but visited by many—millions, say—of souls. 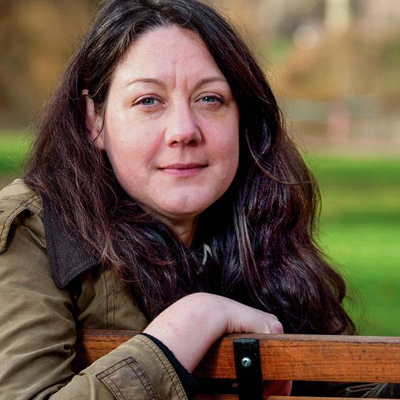 “Laing is a masterful biographer, memoirist and critic. Fearlessly tracing the roots of loneliness, its forbidding consequences, and its complicated and beautiful relationship with art, it is powerful, poignant and magical. ”

Helen Macdonald, Author of H Is for Hawk 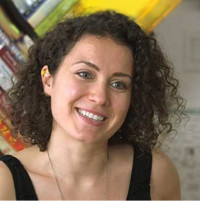 “The Lonely City is a layered and endlessly rewarding book, among the finest I have ever read.” 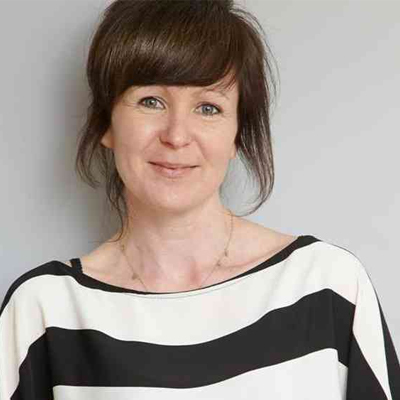 Olivia Laing is a writer and critic. Her first book, To the River, was published by Canongate in the U.K. to wide acclaim and shortlisted for the Ondaatje Prize and the Dolman Travel Book of the Year. She has been the deputy books editor of the Observer, and writes for the Guardian, New Statesman, and Granta, among other publications. She is a MacDowell and Yaddo Fellow, and the 2014 Writer in Residence at the British Library. Her critically acclaimed book, The Trip to Echo Spring: On Writers and Drinking, is published by Picador.

“Loneliness, like it or not, is an inescapable part of the human condition. In her new book, Laing examines both her own loneliness and the profounder loneliness of a handful of artists (Warhol, Hopper) in New York City. Like her earlier book, The Trip to Echo Springs, The Lonely City is a combination of personal memoir and cultural and artistic study and is a moving and sympathetic meditation on what it's like to be or feel alone.”

Notice to our customers about The Lonely City 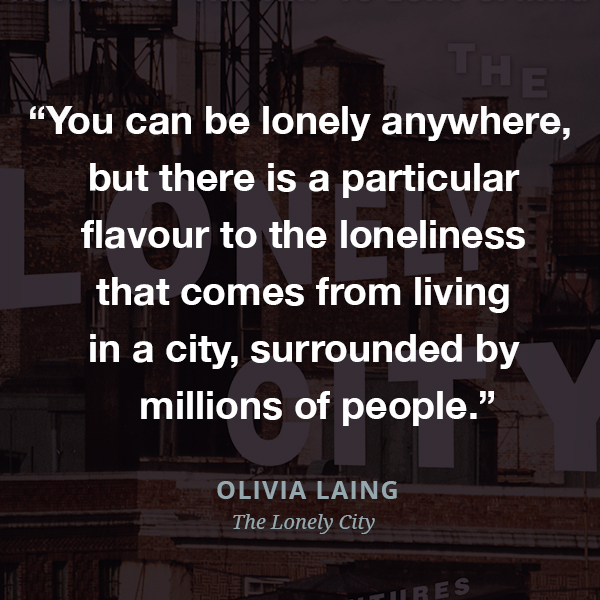 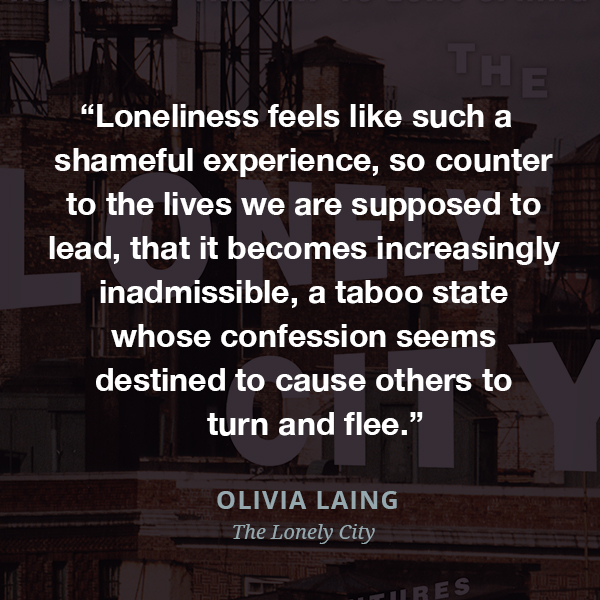 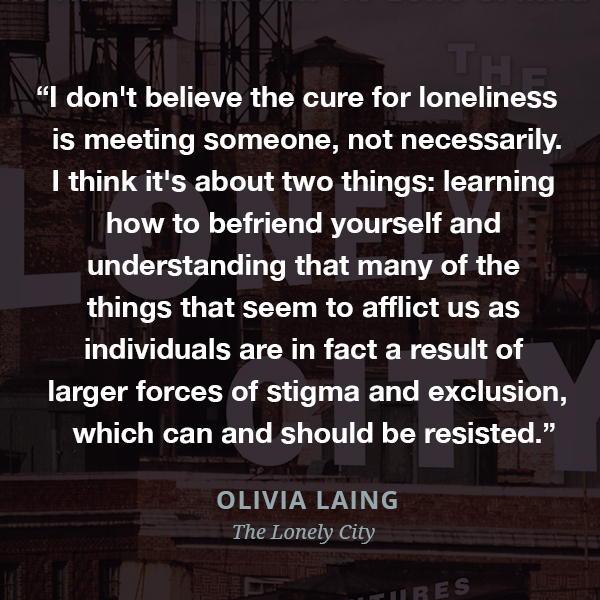 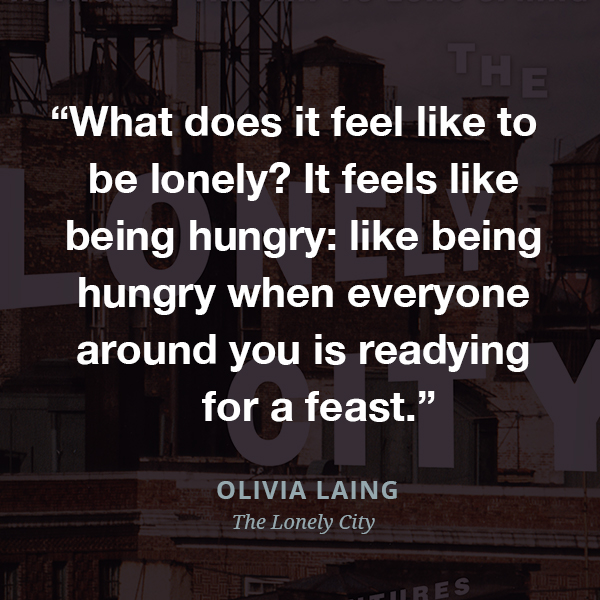