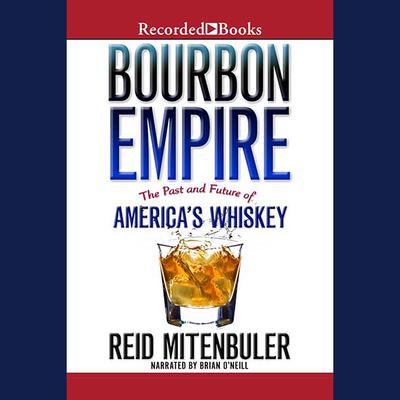 The Past and Future of America's Whiskey

How bourbon came to be, and why it's experiencing such a revival today Unraveling the many myths and misconceptions surrounding America's most iconic spirit, Bourbon Empire traces a history that spans frontier rebellion, Gilded Age corruption, and the magic of Madison Avenue. Whiskey has profoundly influenced America's political, economic, and cultural destiny, just as those same factors have inspired the evolution and unique flavor of the whiskey itself. Taking readers behind the curtain of an enchanting-and sometimes exasperating-industry, the work of writer Reid Mitenbuler crackles with attitude and commentary about taste, choice, and history. Few products better embody the United States, or American business, than bourbon. A tale of innovation, success, downfall, and resurrection, Bourbon Empire is an exploration of the spirit in all its unique forms, creating an indelible portrait of both bourbon and the people who make it.