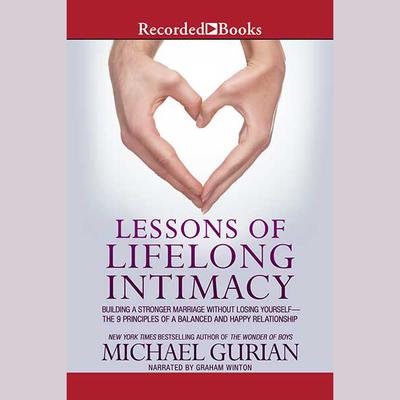 Recent university studies show that the most frequent reason relationships dissolve is not abuse, alcoholism, money, or even infidelity, but rather a lack of emotional fulfillment. Most books on love and marriage focus on teaching communication and conflict skills, but neglect to help couples with the "other half" of intimacy-separateness. In this practical yet personal guide to love, THE LESSONS OF LIFELONG INTIMACY: Eight Principles of a Balanced and Happy Marriage by Michael Gurian (Atria, May 2015) explores how "intimate separateness" is key to creating a healthy partnership. The book outlines a twelve-stage model which provides long-term goals and focal points for dialogue that can help couples work through arguments, build a healthy relationship, resolve past hurts, and foster closeness. Gurian also delves into differences in white and gray matter between the male and female brain (which may explain the varying needs for affection and independence), deviations in verbal-emotive development, and the effects these have on relationships. Michael Gurian, one of the world's foremost authorities on gender dynamics with over twenty-five years of family and marital counseling practice, has authored twenty-seven books on gender psychology published in twenty-one languages, many of them New York Times bestsellers. The Gurian Institute, which he co-founded in 1996, conducts international research and corporate and government training for NASA, the U.S. Department of the Treasury, Google, and Cisco, among others. Gurian's work has been featured multiple times in nearly all the major media, including the New York Times, Washington Post, USA Today, Newsweek, Time, Psychology Today, AARP Magazine, People Magazine, Reader's Digest, the Wall Street Journal, and he has made numerous appearances on the Today Show, Good Morning America, CNN, PBS, National Public Radio, to highlight a few. He's a prolific speaker, traveling to dozens of cities annually to deliver keynote speeches at various schools and conferences, including Harvard University, Johns Hopkins University, and Stanford University.