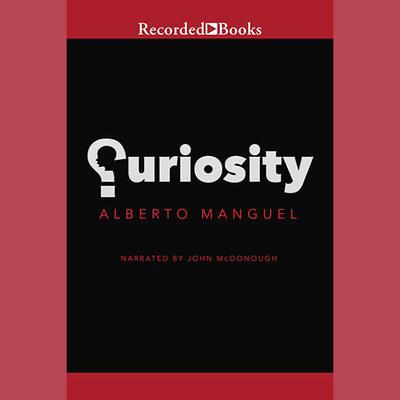 Alberto Manguel's The History of Reading was an international bestseller translated into thirty-four languages and for which Manguel earned the MEdicis Prize. Fourteen years later, Manguel anchors his new book in the primal connection between reading and curiosity. Tracing twenty-five centuries of human history, from the fourth century BC to the present day, Manguel dedicates each of his chapters to a single character-ranging from our best-known thinkers, scientists, and artists to seemingly minor figures of whom we know little more than one inspired utterance-in whom he identifies a particular way of asking the question "Why?" Above all, he aims to "awake in readers a consciousness of their own powers of enquiry and imagination, of their right to doubt and contest assumed answers, and of their responsibility in furthering the questions our ancestors were asking far away and long ago." "How wonderfully appropriate that the endlessly inquisitive Alberto Manguel should consider the fascinating concept of curiosity. Fueled by a lifetime of reading, and with Dante as his guide, he embarks on an elegantly conceived excursion of the mind, driven by a single, timeless word-why?"-Nicholas A. Basbanes, author of On Paper and A Gentle Madness "Manguel vaults over the traditional fences of genre, literary history, and discipline with breathtaking virtuosity. He is the Montaigne de nos jours and, as regards this latest effort, if they put another rover on Mars they should call it 'Manguel.'"-John Sutherland, University College London "For Alberto Manguel reading is a pilgrimage, a secular-sacred encounter with mystery, and a way of reinvigorating the dead. Dante and Montaigne and Pinocchio's Collodi are his guides and his intimates in this passionate quest for knowledge, but it is the state of inquiry itself and even doubt that define for him the pleasures of curiosity. With his loving, keenly felt, highly enjoyable delving into writers and their writings, Manguel argues for literature's revelatory illusions, its epiphanies and its testimony."-Marina Warner, Writer, Stranger Magic: Charmed States and the Arabian Nights "Alberto Manguel is a wanderer among books, immensely curious in such an intriguing way that he lets his readers easily discover the fruits of his curiosity."-Roberto Calasso "This is a dynamic, lively book that leads the reader to appreciate the pleasures and the power of curiosity. In writing its remarkable history Alberto Manguel sees it both as a primary passion and as a force behind all intellectual experiences. In a sort of encyclopedic narrative Manguel journeys over the most distant places-from Dante's Florence to Rome, Jerusalem, Athens, and Latin America etc. and he invites us to a grand tour of wonders and surprises."-Giuseppe Mazzotta, Yale University "Manguel travels through books in the same way as he travels through various countries. He meets new friends and asks questions of them about himself, and about life. In a style which is all his own, he delights us with the unlimited bounds of human curiosity."-Lina Bolzoni, Scuola Normale Superiore, Pisa Alberto Manguel is a writer, translator, editor, and critic, but would rather define himself as a reader and a lover of books. He was born in Buenos Aires and spent his childhood in Israel and his adolescence in Argentina. While attending the Colegio Nacional de Buenos Aires, he worked in a bookstore where he met the blind Jorge Luis Borges, and became one of his readers for several years. After living in Europe and the South Pacific, working as an editor, in 1982 he moved to Canada and became a Canadian citizen. There he wrote for the Canadian newspapers, radio, and television, as well as for many other publications around the world. He now lives in a small village in France, surrounded by more than 30,000 volumes.