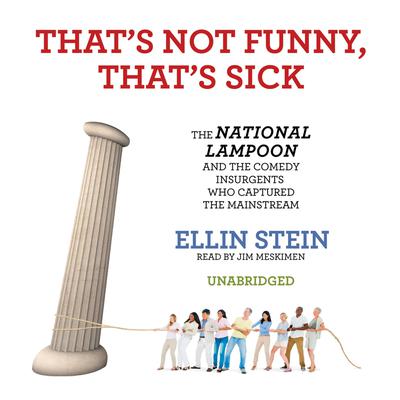 The National Lampoon and the Comedy Insurgents Who Captured the Mainstream

The untold storybehind a revolution in American comedy

Ranging from sophisticated political satire to broadraunchy jokes, the National Lampoonintroduced iconoclasm to the mainstream, selling millions of copies to anaudience both large and devoted. Its excursions into live shows, records, andradio helped shape the anarchic earthiness of John Belushi, the suave slapstickof Chevy Chase, and the deadpan wit of Bill Murray and brought them togetherwith other talents such as Harold Ramis, Christopher Guest, and Gilda Radner. Anew generation of humorists emerged from the crucible of the Lampoon tohelp create Saturday Night Live and the influential film Animal House,among many other notable comedy landmarks.

Journalist Ellin Stein, an observer of the scene since the early 1970s,draws on a wealth of revealing firsthand interviews with the architects andimpresarios of this comedy explosion to offer crucial insight into a raucous culturaltransformation that still echoes today. Brimming with insider stories and setagainst the roiling political and cultural landscape of the 1970s, That’sNot Funny, That’s Sick goes behind the jokes to witness the fights, theparties, the collaborations—and the competition—among this fraternity of theself-consciously disenchanted. Decades later, their brand of subversive humorthat provokes, offends, and often illuminates is as relevant and necessary asever.

Notice to our customers about That’s Not Funny, That’s Sick