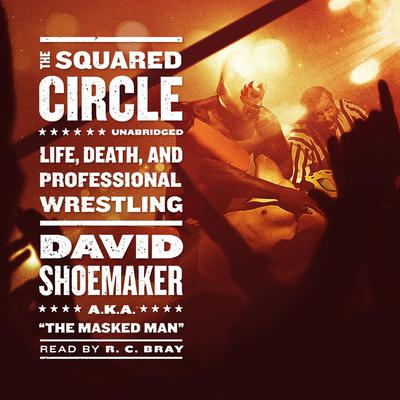 A breakthroughexamination of professional wrestling—its history, its fans, and its widercultural impact—that does for the sport what Chuck Klosterman did for heavymetal

The Squared Circle grows out of David Shoemaker’swriting for both Deadspin, where hestarted the column “Dead Wrestler of the Week”—a feature on the many wrestlingsuperstars who died too young because of the abuse they subjected their bodiesto—and Grantland,where he covers the pro-wrestling world and its place in the pop culturemainstream. Shoemaker’s sports writing has since struck a nerve withgenerations of wrestling fans who, like him, grew up worshiping a sport oftenderided as “fake” in the wider culture. To them, these professional wrestlingsuperstars are not just heroes but an emotional outlet and the lens throughwhich they learned to see the world.

Starting in the early 1900s and exploring the path of prowrestling in America through the present day, The Squared Circle is thefirst book to acknowledge both the sport’s broader significance and wrestlingfans’ keen intellect and sense of irony. Divided into eras, each section offersa snapshot of the wrestling world, profiles some of the period’s preeminentwrestlers, and examines the sport’s influence on our broader culture. Throughthe brawling, bombast, and bloodletting, Shoemaker argues that pro wrestlingcan teach us about the nature of performance, audience, and, yes, art.

Full of unknown history, humor, and self-deprecatingreminiscence—but also offering a compelling look at the sport’s rightful placein pop culture—The Squared Circle is the book that legions of wrestlingfans have been waiting for. In it, Shoemaker teaches us to look past thespandex and body slams to see an art form that can explain the world.

Notice to our customers about The Squared Circle