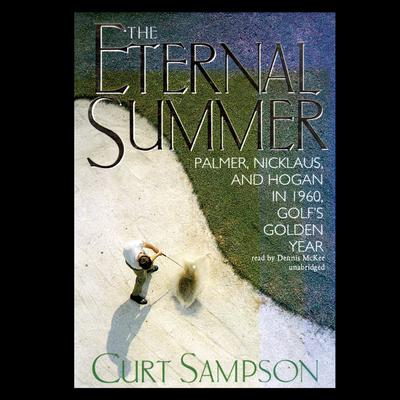 Was there ever a year in golflike 1960? It was the year that the sport and its vivid personalities explodedon the consciousness of the nation, when the past, present, and future of thegame collided. Television, still a new medium, provided a fresh window to theshow and enabled this “rich man’s sport” to win over millions of new fans.

Here was Arnold Palmer, theworking man’s hero, “sweating, chain-smoking, shirt-tail flying,” and winning,it seemed, every tournament with a last-second charge. Ben Hogan, the greatestplayer of the 1950s, was Palmer’s opposite, a perfectionist battling the twindemons of age and nerves. And making his debut in the big time was a chunky,crew-cut college kid who seemed to have the makings of a champion--twenty-year-oldJack Nicklaus.

Would Palmer win the mythicalGrand Slam of golf? Could Hogan win one more major tournament? Was Nicklaus thereal thing? Even more than an intimate portrait of these men and their excitingtimes, The Eternal Summer is also an entertaining, perceptive, andhypnotically readable exploration of professional golf in America.

Notice to our customers about The Eternal Summer