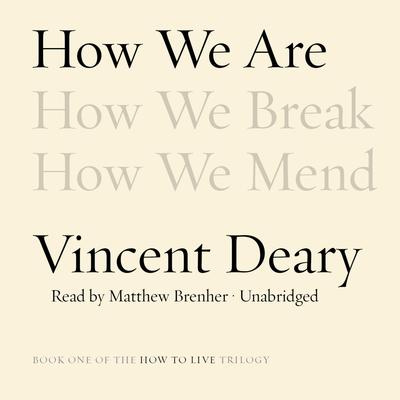 Book One of the How to Live Trilogy

The How to Live Trilogy: Book #1

HowWe Are is an astonishing debut and the first part of themonumental How to Live trilogy, a profound and ambitious work that gets to theheart of what it means to be human: how we are, how we break, and how we mend.

This first book explores the power of habit and thedifficulty of change. We live most of our lives automatically, in small worldsof comfortable routine—what author Vincent Deary calls Act One. Consciouschange requires deliberate effort, so for the most part we avoid it. But inevitably,from within or without, something comes along to disturb our small worlds—some “news from elsewhere.” And with reluctance, we begin the work of adjustment: ActTwo.

Over decades of psychotherapeutic work, Deary haswitnessed the theater of change—how ordinary people get stuck, struggle withnew circumstances, and finally transform for the better. He is keenly awarethat novelists, poets, philosophers, and theologians have grappled with theseexperiences for far longer than psychologists. Drawing on his own personalexperience and a staggering range of literary, philosophical, and culturalsources, Deary has produced a mesmerizing and universal portrait of the humancondition.

Part psychologist, part philosopher, part novelist,Deary helps us to see how we can resist being habit machines and make our actsand our lives more fully our own.

The How to Live Trilogy Series

How We Are
Vincent Deary

HowWe Are is an astonishing debut and the first part of themonumental How to Live trilogy, a profound and ambitious work that gets to theheart of what it means to be human: how we are, how we break, and how we... Read more » 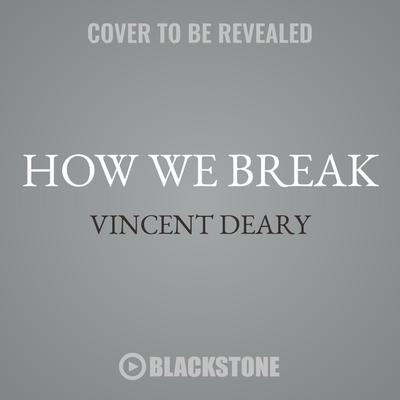 How We Break
Vincent Deary

By: Vincent Deary
Length:
Abridged: No

How We Break is the second part in the monumental How to Live trilogy, a profound and ambitious series that gets to the heart of what it means to be human.

As a therapist, Vincent Deary has a ringside seat at the theater of change, having witnessed firsthand how it's done, and what it is that gets people stuck. As a researcher and reader, he... Read more »

Notice to our customers about How We Are