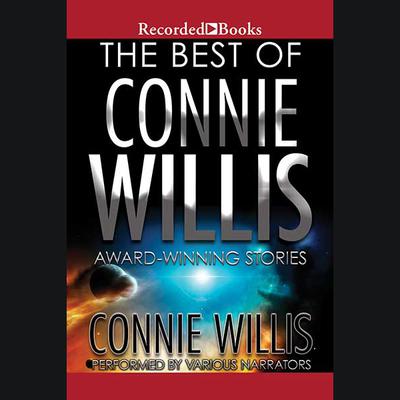 The Best of Connie Willis

Few authors have had careers as successful as that of Connie Willis. Inducted into the Science Fiction Hall of Fame and recently awarded the title of Grand Master by the Science Fiction and Fantasy Writers of America, Willis is still going strong. Her smart, heartfelt fiction runs the gamut from screwball comedy to profound tragedy, combining dazzling plot twists, cutting-edge science, and unforgettable characters. From a near future mourning the extinction of dogs to an alternate history in which invading aliens were defeated by none other than Emily Dickinson; from a madcap convention of bumbling quantum physicists in Hollywood to a London whose Underground has become a storehouse of intangible memories both foul and fair-- here are the greatest stories of one of the greatest writers working in any genre today. All ten of the stories gathered here are Hugo or Nebula award winners-- some even have the distinction of winning both. With a new Introduction by the author and personal afterwords to each story-- plus a special look at three of Willis' s unique public speeches-- this is unquestionably the collection of the season, a book that every Connie Willis fan will treasure, and, to those unfamiliar with her work, the perfect introduction to one of the most accomplished and best-loved writers of our time. Praise for Connie Willis " A novelist who can plot like Agatha Christie and whose books possess a bounce and stylishness that Preston Sturges might envy."-- The Washington Post " One of America' s finest writers . . . Willis can tell a story so packed with thrills, comedy, drama and a bit of red herring that the result is apt to satisfy the most discriminating, and hungry, reader."-- The Denver Post " A wit with a common touch who' s read more great books, and makes better use of them in her work, than two or three lit professors put together."-- Newsday " A national treasure."-- San Antonio Express-News " Willis can tell a story like no other. . . . One of her specialties is sparkling, rapid-fire dialogue; another, suspenseful plotting; and yet another, dramatic scenes so fierce that they burn like after-images in the reader' s memory."-- The Village Voice " Willis' s fiction is one of the most intelligent delights of our genre."-- Locus