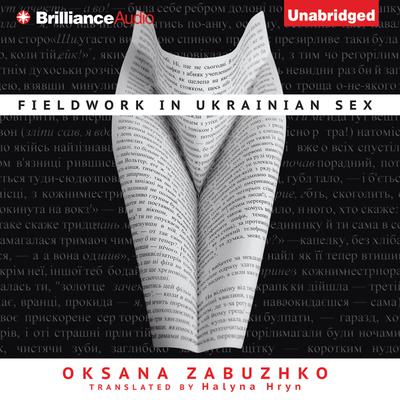 Called “the most influential Ukrainian book for the 15 years of independence,” Oksana Zabuzhko’s Fieldwork in Ukrainian Sex became an international phenomenon when it shot to number one on the Ukrainian bestseller list and remained there throughout the 1990s. The novel is narrated in first-person streams of thought by a sharp-tongued poet with an irreverently honest voice. She is visiting professor of Slavic studies at Harvard and her exposure to American values and behaviors conspires with her yearning to break free from Ukrainian conventions. In her despair over a recently ended affair, she turns her attention to the details of her lover’s abusive behavior. In detailing the power her Ukrainian lover wielded over her, and in admitting the underlying reasons for her attraction to him, she begins to see the chains that have defined her as a Ukrainian woman – and in doing so, exposes and calls into question her country’s culture of fear and repression at the very time that it wrestled its way toward independence.