“A synesthetic art critic rises to prominence by capturing the je ne sais quoi of great new paintings in terms of sound, aura, and taste. A young painter escapes war in his native Argentina to bring his unusual portraits to New York. A wide-eyed farm girl leaves home for the gritty promise of the big city, destined to become a muse of the art scene. The web between these characters becomes increasingly tangled as 1980 progresses in all its dark glamour. Prentiss captures raw ambition, startled joy, and aching tragedy equally well to produce a thought-provoking, originally textured novel that both transports and awes.”

A transcendent debut novel that follows a critic, an artist, and a desirous, determined young woman as they find their way—and ultimately collide—amid the ever-evolving New York City art scene of the 1980s.

Welcome to SoHo at the onset of the eighties: a gritty, not-yet-gentrified playground for artists and writers looking to make it in the big city. Among them: James Bennett, a synesthetic art critic for the New York Times whose unlikely condition enables him to describe art in profound, magical ways, and Raul Engales, an exiled Argentinian painter running from his past and the Dirty War that has enveloped his country. As the two men ascend in the downtown arts scene, dual tragedies strike, and each is faced with a loss that acutely affects his relationship to life and to art. It is not until they are inadvertently brought together by Lucy Olliason—a small town beauty and Raul’s muse—and a young orphan boy sent mysteriously from Buenos Aires, that James and Raul are able to rediscover some semblance of what they’ve lost.

As inventive as Jennifer Egan's A Visit From The Goon Squad and as sweeping as Meg Wolitzer's The Interestings, Tuesday Nights in 1980 boldly renders a complex moment when the meaning and nature of art is being all but upended, and New York City as a whole is reinventing itself. In risk-taking prose that is as powerful as it is playful, Molly Prentiss deftly explores the need for beauty, community, creation, and love in an ever-changing urban landscape.

Molly Prentiss is the author of Tuesday Nights in 1980, which was longlisted for the Center for Fiction First Novel Prize and the PEN/Robert W. Bingham Prize for Debut Fiction, and shortlisted for the Grand Prix de Littérature Américaine in France. Her writing has been translated into multiple languages. She lives in Red Hook, New York, with her husband and daughter. You can find her at Molly-Prentiss.com or on Instagram @MollyPrentiss. 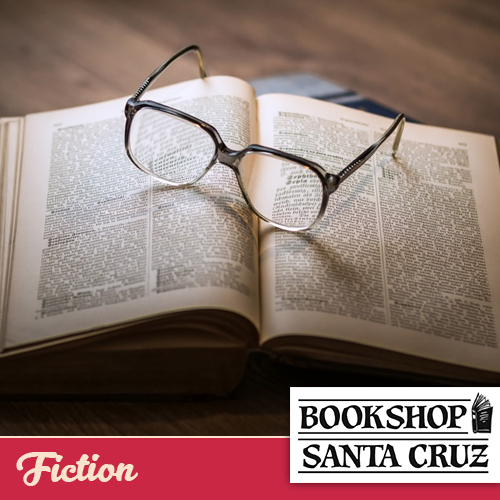