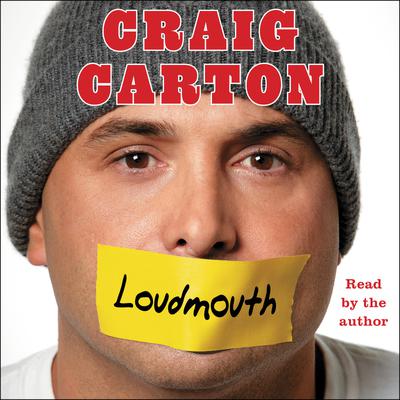 Tales (and Fantasies) of Sports, Sex, and Salvation from Behind the Microphone

From one of radio's former loudest, orneriest, most beloved, and highest-rated sports radio personalities, a bold and hilarious memoir of sports, manhood, and what it is to be a fan.

In 1991, fresh from college, Craig Carton drove a crappy 1980 Buick to Buffalo, New York, to interview for a job at WGR radio. The station manager who hired him was the first to recognize his considerable on-air talent, and helped start what has become a legendary radio career. Often compared to Howard Stern, Carton has hosted a series of highly rated shows, and in 2007 he joined WFAN, where he and Boomer Esiason hosted an eponymous show every morning for four hours out of a studio in New York City.

In this debut book, Carton invites the reader to join him as he recounts tales from his suburban youth, defends his long-held love affair with the New York Jets, reminisces about the shenanigans of some of the highest paid and most celebrated athletes playing today, and reflects on his work as one of radio’s craftiest, most hilarious personalities ever to get behind the microphone.