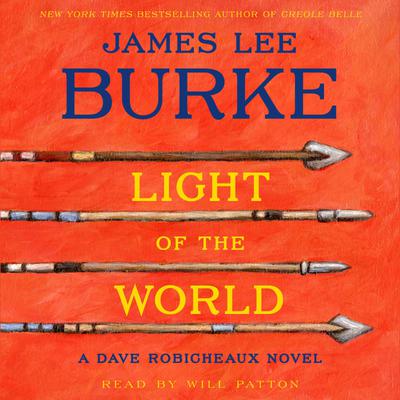 Light Of the World

Sadist and serial killer Asa Surrette narrowly escaped the death penalty for the string of heinous murders he committed while capital punishment was outlawed in Kansas. But following a series of damning articles written by Dave Robicheaux’s daughter Alafair, Surrette escapes from a prison transport van and heads to Montana, where an unsuspecting Dave—along with Alafair; Dave’s wife, Molly; Dave’s faithful partner Clete; and Clete’s newfound daughter, Gretchen Horowitz—have come to take in the sweet summer air.

Surrette may be even worse than Dave’s old enemy Legion Guidry, a man Dave suspected might very well be the devil incarnate. But before Dave can stop Surrette from harming those he loves most, he’ll have to do battle with Love Younger, an enigmatic petrochemical magnate seeking to build an oil pipeline from Alberta to Texas, and Wyatt Dixon, a rodeo clown with a dark past whom Burke fans will recall from his Billy Bob Holland novels.

Says The Plain Dealer (Cleveland), “Already designated a Grand Master by the Mystery Writers of America, Burke should get another title, say, for sustained literary brilliance in his Dave Robicheaux series.” Drawing on real events that took place in Wichita, Kansas, over a twenty-year span, Light of the World is a harrowing novel that examines the nature of evil and pits Dave Robicheaux against the most diabolical villain he has ever faced.