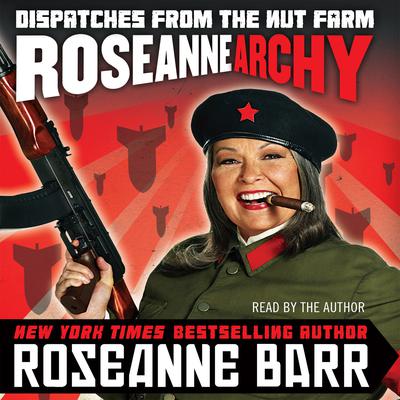 Dispatches from the Nut Farm

The collection of hilarious and provocative essays by New York Times bestselling author and television pioneer Roseanne Barr as she takes on world leaders, militant feminists, and even Satan.

From the Hollywood hot seat to her Hawaiian macadamia nut farm, bestselling author and television star Roseanne Barr isn’t afraid to get her hands dirty!

As controversial, original, and funny as ever, Roseanne Barr unleashes her razor-sharp observations on hypocrisy, hubris, class warfare, feminism, the cult of celebrity, Kabbalah, and self-perpetuating institutions of questionable value—as well as her musings on menopause, pharmaceuticals, her grandkids, and other humorous topics of everyday life. Bold and brash, witty and insightful, Roseannearchy shows why The New York Times describes her appeal as “the power of a whole planet, pulling everything around it inexorably into its orbit.”