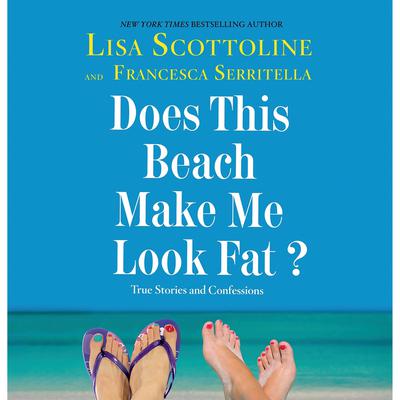 Does This Beach Make Me Look Fat?

The Amazing Adventures of an Ordinary Woman: Book #6

The unstoppable, irreverent mother-daughter team presents a new collection of funny stories and true confessions that every woman can relate to.

From identity theft to the hazards of bicycling to college reunions and eating on the beach, Lisa and Francesca tackle the quirks, absurdities, and wonders of everyday life with wit and warmth. As Lisa says, "More and more, especially in the summertime when I'm sitting on the beach, I'm learning not to sweat it. To go back to the child that I used to be. To see myself through the loving eyes of my parents. To eat on the beach. And not to worry about whether every little thing makes me look fat. In fact, not to worry at all."

So put aside your worries and join Lisa and Francesca as they navigate their way through the crazy world we live in, laughing along the way. 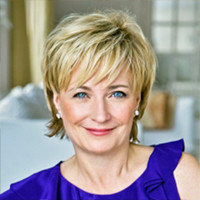 “Whether Lisa and Francesca are contemplating mommy guilt, puppy love or baby fever, this fabulous book is that rare mix of LOL wit and exquisite real-world wisdom.” 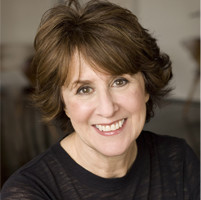 “Lisa and Francesca, mother and daughter, bring you the laughter of their lives once again and better than ever. You will identify with these tales of guilt and fall in love with them and fierce (grand) Mother Mary.” 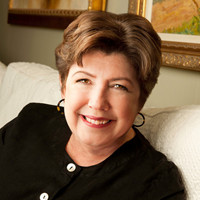 “This duo’s ponderings on contemporary life and sometimes stormy family ties are always entertaining. Fasten your seat-belts for the good times ahead.” 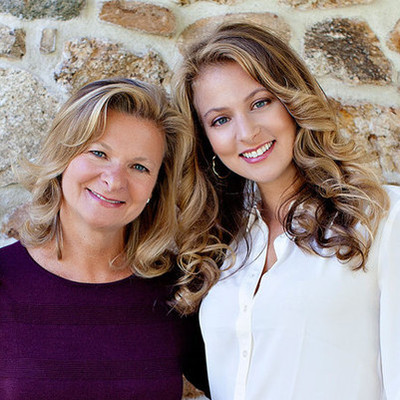 Lisa Scottoline is The New York Times bestselling author and Edgar award-winning author of 26 novels, including her latest work, Most Wanted. Lisa reviews popular fiction and non-fiction, and her reviews have appeared in The New York Times, The Washington Post and The Philadelphia Inquirer. Lisa has served as President of Mystery Writers of America and has taught a course she developed, “Justice and Fiction” at The University of Pennsylvania Law School, her alma mater. Lisa is a regular and much sought after speaker at library and corporate events. Lisa has over 30 million copies of her books in print and is published in over 35 countries. She lives in the Philadelphia area with an array of disobedient pets, and she wouldn’t have it any other way.

Francesca Serritella is the daughter of Lisa Scottoline and co-author of this book. She graduated with honors from Harvard University with an English degree. Francesca and her mother write for the Philadelphia Inquirer titled “Chick Wit”, which is a witty and fun take on life from a woman’s perspective. These stories, along with many other never-before-published stories, have been collected in a New York Times bestselling series of humorous memoirs including Have a Nice Guilt Trip; Meet Me at Emotional Baggage Claim; Best Friends, Occasional Enemies; and Why My Third Husband Will Be a Dog. She currently lives in New York City with her dog, Pip, and is working on a new novel.

“Scottoline and daughter Serritella bring to the table a new helping of humorous, insightful, and touching vignettes from their lives. The two detail everything from bicycle riding to reentering the dating scene to Scottoline's love of Bradley Cooper. This volume in the collection of mother-daughter memoirs takes a melancholy tone though as it is dedicated to and discusses the passing of Mother Mary, the family matriarch. Through the sadness are messages of familial love and strength. Readers of the previous installments will not be disappointed with the pair's wit and quirkiness. Scottoline's segments about being a middle-aged writer offer a pleasant generational contrast to that of her twentysomething daughter's self-discovery in New York City. It's one of the most satisfying things about the work—it leaps over generational gaps and ultimately mothers and daughters will nod in recognition of feminist values, the oddities of life, and the bonds of family. The brevity of each essay makes this a quick read, perfect for the beach as the title would suggest, yet some pieces end too quickly, leaving readers to feel as though thoughts went unfinished. VERDICT A strong choice for fans of the Scottoline and the series (Have a Nice Guilt Trip; Meet Me at the Emotional Baggage Claim).”

“We get to be flies on the wall as the mother-daughter team fights, makes up, and hurls barbs just like you and your mom.”

“Scottoline, the prolific and bestselling author of two dozen novels, and her daughter, Serritella (with whom she writes a weekly column for the Philadelphia Inquirer), pile plenty of laughs and a few tears into the latest volume in their humor series... This breezy, thoughtful book offers funny and lovely family moments that mothers and daughters will savor. ”

The Amazing Adventures of an Ordinary Woman Series 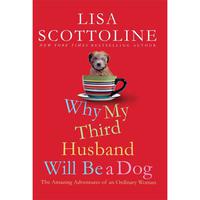 Why My Third Husband Will Be a Dog
Lisa Scottoline

Why My Third Husband Will Be a Dog

At last, together in one collection, are Lisa Scottoline's wildly popular Philadelphia Inquirer columns. In her column, Lisa lets her hair down, roots and all, to show the humorous side of life from a woman's perspective. The Sunday column... Read More » 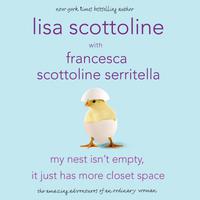 My Nest Isn't Empty, It Just Has More Closet Space

Critics and readers loved Lisa Scottoline's first collection of true-life stories, which only encouraged her—now she's back with these all-new, exciting adventures. She's farther down the road now, and the scenery has changed—ex-husbands Thing One and Thing Two are in her rear-view mirror, daughter Francesca has moved into an apartment, and... Read More » 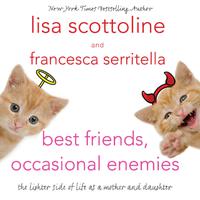 New York Times bestselling author Lisa Scottoline and her daughter Francesca Serritella are the best of friends—99.9% of the time. They're number one on each other's speed dial and they tell each other... Read More » 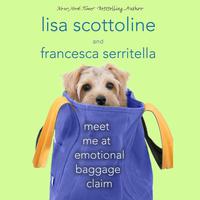 Meet Me at Emotional Baggage Claim

From the bestselling mother/daughter writing duo comes another hilarious collection of essays about motherhood, daughterhood, womanhood, and "does this hood look good on me?"

Love and tomato sauce are thick in the Scottoline/Serritella household, and Lisa and Francesca's mother-daughter turned best-friends bond will strike a familiar note to... Read More » 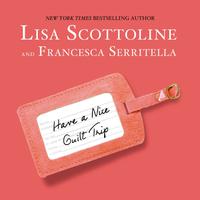 Have a Nice Guilt Trip

Lisa Scottoline and Francesca Serritella are back with another collection of warm and witty stories that will strike a chord with every woman. This series is among the best reviewed humor books published today and has been compared to the late greats, Erma Bombeck and Nora Ephron. Booklist raved of the third book in the series, Meet Me At... Read More » 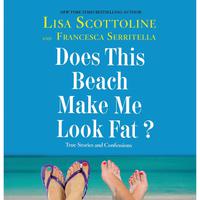 Does This Beach Make Me Look Fat?

The unstoppable, irreverent mother-daughter team presents a new collection of funny stories and true confessions that every woman can relate to. From identity theft to the hazards of bicycling to college reunions and eating on the beach, Lisa and Francesca tackle the quirks, absurdities, and wonders of everyday life with wit and warmth. As Lisa... Read More » 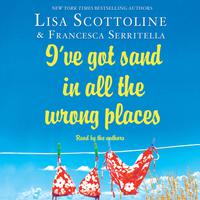 I've Got Sand In All the Wrong Places

Lisa and Francesca are back with another collection of warm and witty stories that will strike a chord with every woman. This six book series is among the best reviewed humor books published today and has been compared to the late greats, Erma Bombeck and Nora Ephron. Delia Ephron said of the fifth book in the series, Have a Nice Guilt Trip,... Read More » 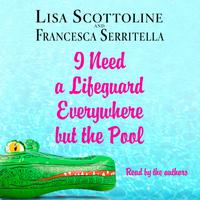 I Need a Lifeguard Everywhere but the Pool

This program is read by the authors.

"Lisa and Francesca, mother and daughter, bring you the laughter of their lives." —Delia Ephron, bestselling author

The bestselling and “perennially hilarious” mother-daughter team is back with a new collection of stories from their real lives, guaranteed to make you laugh out loud. Join Lisa and Francesca as... Read More » 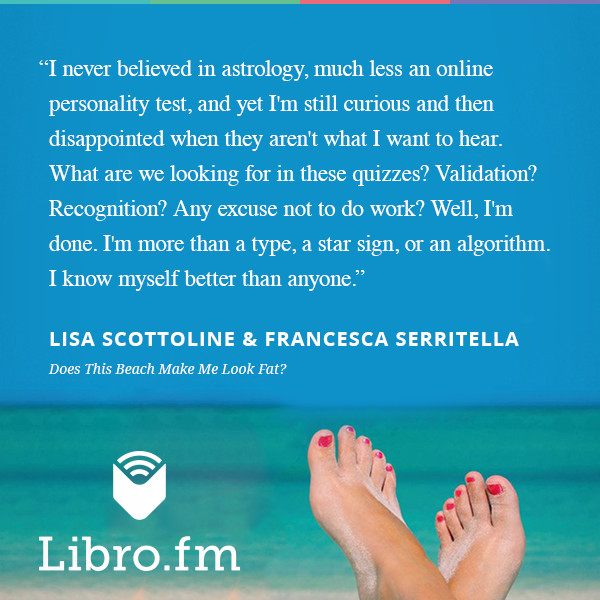 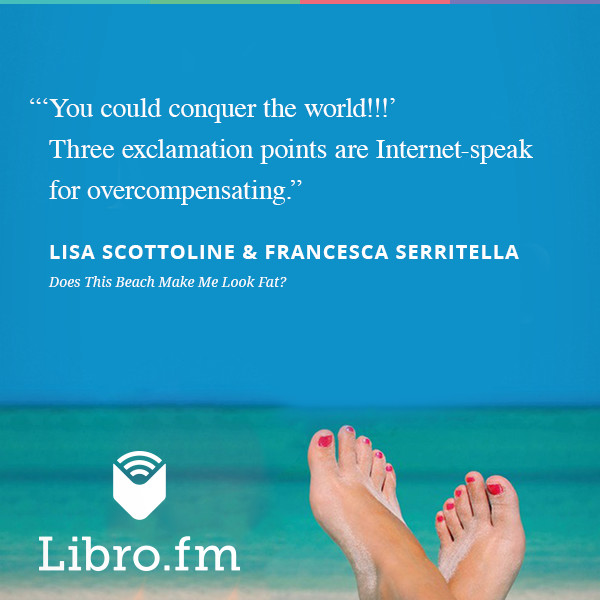