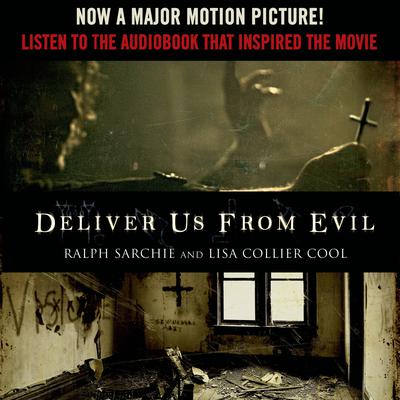 Deliver Us from Evil: A New York City Cop Investigates the Supernatural

For most people this is the stuff of nightmares, horror movies, folklore, and superstition. For New York City police Sergeant Ralph Sarchie, it's as real—and dangerous—as midnight patrol . . .

A sixteen-year NYPD veteran, Ralph Sarchie works out of the 46th Precinct in New York's South Bronx. But it is his other job that he calls "the Work": investigating cases of demonic possession and assisting in the exorcisms of humanity's most ancient—and most dangerous—foes. Now he discloses for the first time his investigations into incredible true crimes and inhuman evil that were never explained, solved, or understood except by Sarchie and his partner. Schooled in the rituals of exorcism, and an eyewitness to the reality of demonic possession, Ralph Sarchie has documented a riveting chronicle of the inexplicable that gives a new shape to the shadows in the dark.

In Deliver Us from Evil, he takes readers into the very hierarchy of a hell on earth to expose the grisly rituals of a Palo Mayombe priest; a young girl whose innocence is violated by an incubus; a home invaded by the malevolent spirit of a supposedly murdered nineteenth-century bride; the dark side of a couple who were literally, the neighbors from hell; and more. Ralph Sarchie's revelations are a powerful and disturbing documented link between the true-crime realities of life and the blood-chilling ice-grip of a supernatural terror.