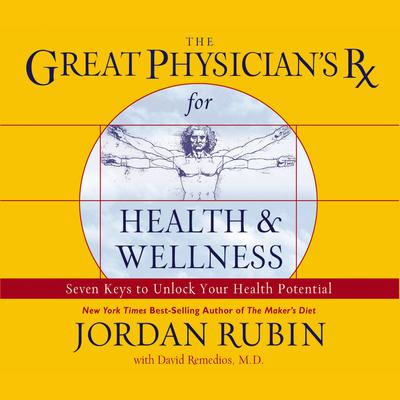 The Great Physician's Rx for Health and Wellness

At 19 years old, Jordan Rubin was a healthy 6'1" and 180 pounds. Shockingly, his weight fell to just 104 lbs. in a matter of months. His immune system was at an all-time low, as he suffered from Crohn's disease, food allergies, anemia, fibromyalgia, intestinal parasites, and a host of other conditions. After seeing over 70 health professionals, using both conventional and alternative medicines, Rubin was sent home in a wheelchair to die.But his story didn't end there. Through determination and a powerful faith in God, Rubin refused to give in to disease. Instead, he educated himself on natural health (eventually becoming a doctor of naturopathic medicine), and applied its principles. Now, ten years later, Rubin is fully recovered-and he desires to share the keys to his own good health. These keys aren't just for the disease-ridden; they are for anyone desiring to live an abundant life of health and wellness.