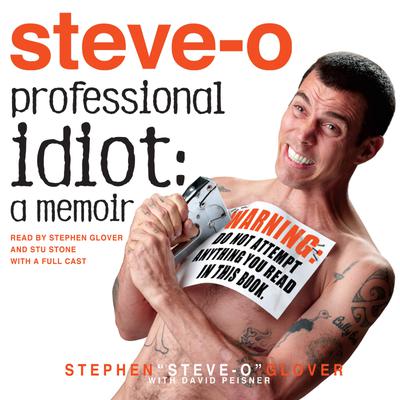 Fame can be addictive. From his early days videotaping crazy skateboard stunts to starring in the blockbuster Jackass franchise, there was little that Stephen “Steve-O” Glover wouldn’t do for attention. Whether it was stapling his nutsack to his leg, diving into a pool full of elephant crap, or routinely risking death invading the private lives of sharks, lions, tigers, and bears, almost nothing was out of bounds. As the stunts got crazier, his life kept pace. He developed a crippling addiction to drugs and alcohol, and an obsession with his own celebrity that proved nearly as dangerous.

Steve-O has been a man in search of a spotlight practically since birth. Growing up all over the world, thanks to his father’s career as a corporate executive, he was the kid who’d drink handfuls of salt in order to make friends. After he stole a video camera from his dad as a teenager, his future path was more or less sealed. Footage of himself skateboarding soon gave way to footage of himself setting his hair on fire or doing back flips off apartment buildings into shallow pools. After detours to several hospitals, a couple of jails, and Ringling Bros. and Barnum & Bailey Clown College, he landed, quite naturally, on MTV’s Jackass, in 2000. He took to fame like it was the very thing missing from his life, but it was never enough. He filled the void with booze and drugs, and soon began treating his entire life like it was one big—and supremely risky—stunt.

In 2008, Steve-O holed up in his West Hollywood apartment, where he drank, snorted, smoked, huffed, and swallowed drugs around the clock—and began broadcasting his downward spiral on the Internet. Finally, his Jackass comrade Johnny Knoxville and seven other friends staged an intervention and forced him into a psychiatric ward against his will, ultimately saving his life. Today he has been clean and sober for more than three years.

Professional Idiot recounts the lunacy, the debauchery, the stunts, the drug addiction and the path to recovery and redemption with the same bravado and humor that have endeared Steve-O to so many. Hilarious, harrowing, and inspiring all at once, Professional Idiot will entertain those who’ve been with him on his many wild rides, as well as surprise and intrigue those who know him only as the guy willing to do anything—no matter how painful—for a laugh.