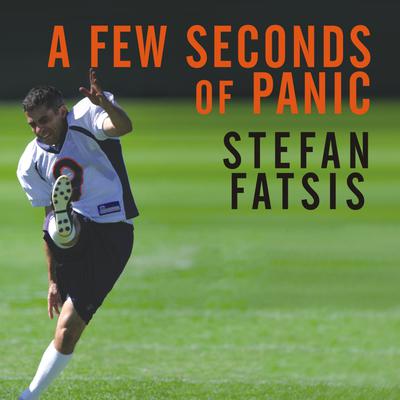 A Few Seconds of Panic

In Word Freak, Stefan Fatsis infiltrated the insular world of competitive Scrabble players, ultimately achieving expert status (comparable to a grandmaster ranking in chess). Now he infiltrates a strikingly different subculture—pro football. After more than a year spent working out with a strength coach and polishing his craft with a gurulike kicking coach, Fatsis molded his fortyish body into one that could stand up—barely—to the rigors of NFL training. And over three months in 2006, he became a Denver Bronco. He trained with the team and lived with the players. He was given a locker and uniforms emblazoned with the number 9. He was expected to perform all the drills and regimens required of other kickers. He ws unlike his teammates in some ways—most notably, his livelihood was not on the line as theirs was. But he became remarkably like them in many ways: he risked crippling injury just as they did, endured the hazing that befalls all rookies, daily gorged on 4,000 calories, and slogged through two-a-day practices in blistering heat. Not since George Plimpton's stint as a Detroit Lion more than forty years ago has a writer tunneled so deeply into the NFL. At first, the players tolerated Fatsis or treated him like a mascot, but over time they began to think of him as one of them. And he began to think like one of them. Like the other Broncos—like all elite athletes—he learned to perfect a motion through thousands of repetitions, to play through pain, to silence the crowd's roar, and to banish self-doubt. While Fatsis honed his mind and drove his body past exhaustion, he communed with every classic athletic type—the afable alpha male, the overpaid brat, the youthful phenom, the savvy veteran—and a welter of bracingly atypical players as well: a fullback who invokes Aristotle, a quarterback who embraces yoga, and a tight end who takes creative writing classes in the off-season. Fatsis also witnessed the hidden machinery of a top-flight football franchise, from the God-is-in-the-details strategizing of legendary coach Mike Shanahan to the icy calculation with which the front office makes or breaks careers.

With wry candor and hard-won empathy, A Few Seconds of Panic unveils the mind of the modern pro athlete and the workings of a storied sports franchise as no book ever has before.