You pick the number of credits, your recipient picks the audiobooks, and Neighborhood Reads is supported by your purchase.

Once There Were Wolves

A Novel
by Charlotte McConaghy

“Inti and Aggie. Sisters. Twins. Aggie with a gift for language and Inti who belongs in the forest. A complicated intertwined life journey has landed the two of them in the wilds of Scotland as part of a wolf rehoming project where local tempers run hot, scientist's missions are complicated, and wolves howl for love and justice in the hills and peat bogs of the highland forests. McConaghy's writing will destroy you, demand your attention, ask you to be still and listen, and will absolutely change you. Once There Were Wolves and after there were, they'll never leave you. ”

“Inti has always relied on tough, talkative Aggie, whether they're with one parent surviving in the wilderness of North America or with the other, a tough cop in Australia. Her sense of security, constantly undermined by her rare neurological disorder - a tactile form of synaesthesia, is fragile at best. We can all relate to Inti's growing fears she faces a parent's illness, her sister's change from strong one to frail one, and the ecological fight of a lifetime. The murder that threatens to undermine her professional project makes Inti question all her certainties (and keeps us guessing until the end!). Like in Mandel's Station Eleven, Heller's The Dog Stars, and McConaghy's earlier novel Migrations, beautiful descriptions of landscapes and tough, edgy questions about ecology enrich a story of a main character searching for strength and trust in a world of disaster, and Inti's story, with its rich parallel themes (book clubs, listen up!) and thriller-speed plot twists, will appeal to a variety of readers.”

“Telling of the reintroduction of wolves to the Scottish highlands, Once There Were Wolves affirms the importance of our connections to the human and more-than-human worlds that sustain us, worlds we sever at our own peril.”

From the author of the beloved national bestseller Migrations, a pulse-pounding new novel set in the wild Scottish Highlands.

Inti Flynn arrives in Scotland with her twin sister, Aggie, to lead a team of biologists tasked with reintroducing fourteen gray wolves into the remote Highlands. She hopes to heal not only the dying landscape, but Aggie, too, unmade by the terrible secrets that drove the sisters out of Alaska.

Inti is not the woman she once was, either, changed by the harm she’s witnessed—inflicted by humans on both the wild and each other. Yet as the wolves surprise everyone by thriving, Inti begins to let her guard down, even opening herself up to the possibility of love. But when a farmer is found dead, Inti knows where the town will lay blame. Unable to accept her wolves could be responsible, Inti makes a reckless decision to protect them. But if the wolves didn’t make the kill, then who did? And what will Inti do when the man she is falling for seems to be the prime suspect?

Propulsive and spell-binding, Charlotte McConaghy's Once There Were Wolves is the unforgettable story of a woman desperate to save the creatures she loves—if she isn’t consumed by a wild that was once her refuge.

Charlotte McConaghy is the New York Times bestselling author of Once There Were Wolves and Migrations, which are being translated into more than twenty languages. She is based in Sydney, Australia. 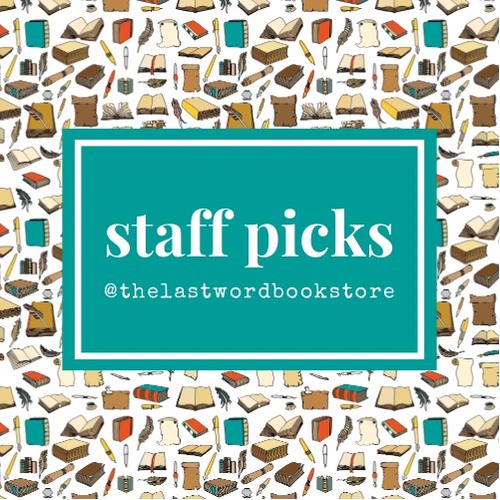 You pick the number of credits, your recipient picks the audiobooks, and Neighborhood Reads is supported by your purchase.

Get the print edition from Neighborhood Reads.

Share this audiobook with friends and invite them to support Neighborhood Reads.

Neighborhood Reads is proud to partner with Libro.fm to give you a great audiobook experience.