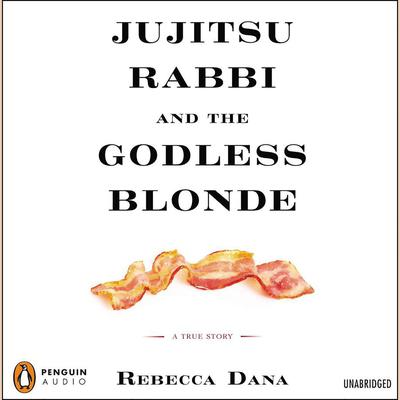 Jujitsu Rabbi and the Godless Blonde

A child who never quite fit in, Rebecca Dana worshipped at the altar of Truman Capote and Nora Ephron, dreaming of one day ditching Pittsburgh and moving to New York, her Jerusalem. After graduating from college, she made her way to the city to begin her destiny. For a time, life turned out exactly as she’d planned: glamorous parties; beautiful people; the perfect job, apartment, and man. But when it all came crashing down, she found herself catapulted into another world. She moves into Brooklyn’s enormous Lubavitch community, and lives with Cosmo, a thirty-year-old Russian rabbi who practices jujitsu on the side.

While Cosmo, disenchanted with Orthodoxy, flirts with leaving the community, Rebecca faces the fact that her religion—the books, magazines, TV shows, and movies that made New York seem like salvation—has also failed her. As she shuttles between the world of religious extremism and the world of secular excess, Rebecca goes on a search for meaning.

Trenchantly observant, entertaining as hell, a mix of Shalom Auslander and The Odd Couple, Jujitsu Rabbi and the Godless Blonde is a thought-provoking coming-of-age story for the twenty-first century.