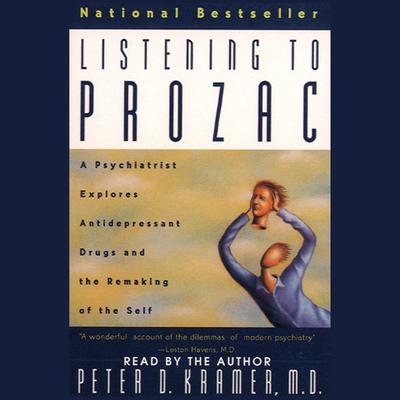 THE END OF PERSONALITY?

Since it was introduce in 1987, the antidepressant Prozac has been prescribed to nearly five million Americans. But what is Prozac? Reported to turn shy people into social butterflies and to improve work performance, memory, even dexterity, Prozac has changed millions of troubled lives -- but not without raising troubling questions of interest to anyone who has ever tried to improve his or her life.

Is Prozac a medication, or a mental steroid...a cure for illness, or a chemical agent for cosmetic character change? In many cases, Prozac can make people more attractive, energetic and socially acceptable -- whether they're "ill" or not. But when a pill can appear to accomplish the work of countless therapy sessions, seminars and self-help books and tapes, have we entered an age where pharmacological advances could make our notions of character, personality and selfhood obsolete?

In the bestselling tradition of The Man Who Mistook His Wife for His Hat, psychiatrist Peter Kramer reads his bestselling, critically acclaimed exploration of these and other issues that sparked a national debate. Drawing on both dramatic case studies and the perceptions of a uniquely insightful thinker contemplating a cultural crossroads, Listening to Prozac will forever change the way you think of the human condition.