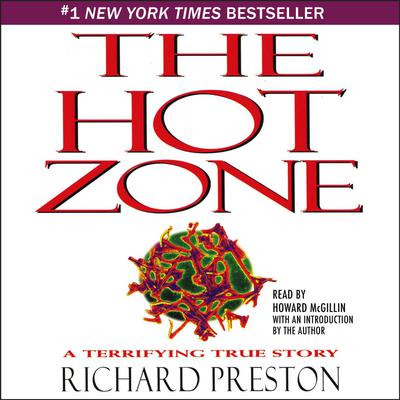 The virus kills nine out of ten of its victims. Its effects are so quick and so gruesome that even biohazard experts are terrified. It is airborne, it is extremely contagious, and it is about to burn through the suburbs of Washington, D.C. Is there any way to stop it?

This doomsday scenario confronted a biohazard SWAT team struggling in secret to stop the outbreak of an exotic "hot" virus at an Army research facility outside Washington. The Hot Zone tells the dramatic story of their dangerous race against time, along with an alarming account of how previously unknown viruses that have lived undetected in the rain forest for eons are now entering human populations.

From the airlocked confines of a biosafety level 4 military lab, to an airliner over Kenya carrying a passenger dissolving into a human virus bomb, to a deserted jungle cave alive with deadly virus, THE HOT ZONE is a non-fiction thriller like no other. The Andromeda Strain was fiction---this is real!