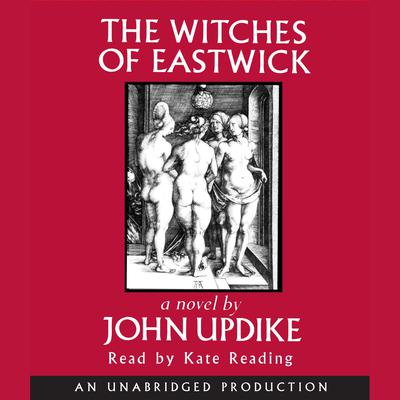 The Witches of Eastwick

“John Updike is the great genial sorcerer of American letters [and] The Witches of Eastwick [is one of his] most ambitious works. . . . [A] comedy of the blackest sort.”—The New York Times Book Review

Toward the end of the Vietnam era, in a snug little Rhode Island seacoast town, wonderful powers have descended upon Alexandra, Jane, and Sukie, bewitching divorcées with sudden access to all that is female, fecund, and mysterious. Alexandra, a sculptor, summons thunderstorms; Jane, a cellist, floats on the air; and Sukie, the local gossip columnist, turns milk into cream. Their happy little coven takes on new, malignant life when a dark and moneyed stranger, Darryl Van Horne, refurbishes the long-derelict Lenox mansion and invites them in to play. Thenceforth scandal flits through the darkening, crooked streets of Eastwick—and through the even darker fantasies of the town’s collective psyche.

“A great deal of fun to read . . . fresh, constantly entertaining . . . John Updike [is] a wizard of language and observation.”—The Philadelphia Inquirer

“Vintage Updike, which is to say among the best fiction we have.”—Newsday