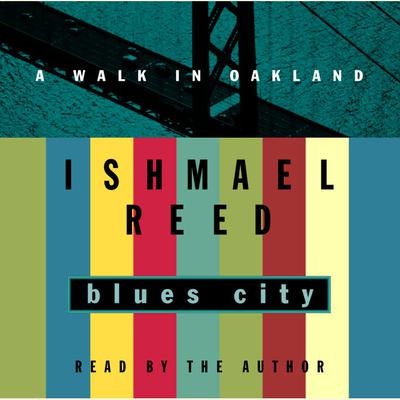 A Walk in Oakland

Oakland is a blues city, brawling and husky . . .

Often overshadowed by San Francisco, its twinkling sister city across the Bay, Oakland is itself an American wonder. The city is surrounded by and filled with natural beauty—mountains and hills and lakes and a bay—and architecture that mirrors its history as a Spanish mission, Gold Rush outpost, and home of the West’s most devious robber barons. It’s also a city of artists and blue-collar workers, the birthplace of the Black Panthers, neighbor to Berkeley, and home to a vibrant and volatile stew of immigrants and refugees.

In Blues City, Ishmael Reed, one of our most brilliant essayists, takes us on a tour of Oakland, exploring its fascinating history, its beautiful hills and waterfronts, and its odd cultural juxtapositions. He takes us into a year in the life of this amazing city, to black cowboy parades and Indian powwows, to Black Panther reunions and Gay Pride concerts, to a Japanese jazz club where a Lakota musician plays Coltrane’s “Naima.” Reed provides a fascinating tour of an un-tamed, unruly western outpost set against the backdrop of political intrigues, ethnic rivalries, and a gentrification-obsessed mayor, opening our eyes not only to a singular city, but to a newly emerging America.