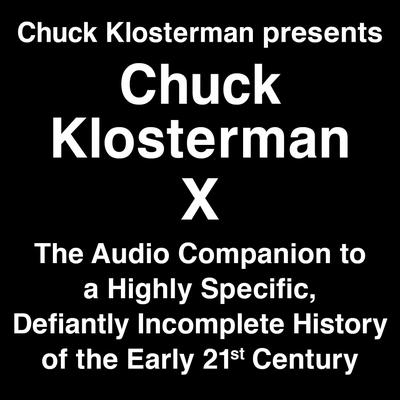 New York Times–bestselling author and cultural critic Chuck Klosterman presents a unique Audio Companion for Chuck Klosterman X, in which he contextualizes and reads from the collection of his best articles and essays, providing both a fascinating tour of the past decade and an ideal introduction to the mind of one of the sharpest and most prolific observers of our unusual times.

Klosterman has created an incomparable body of work in books, magazines, and newspapers, and on the Web. His writing spans the realms of culture and sports, while also addressing interpersonal issues, social quandaries, and ethical boundaries. Klosterman has written nine previous books, helped found and establish Grantland, served as the New York Times Magazine Ethicist, worked on film and television productions, and contributed profiles and essays to outlets such as GQ, Esquire, The A.V. Club, Billboard, and The Guardian.