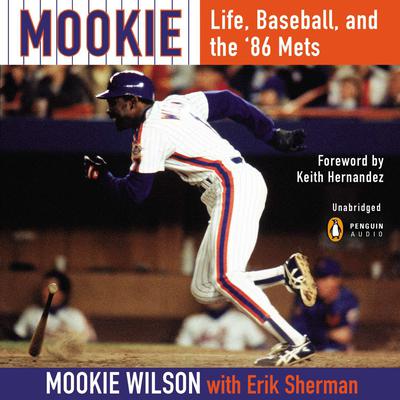 They said it was the “Curse of the Bambino.” They said “the bad guys won.” Now one of baseball’s all-time good guys, New York Mets legend Mookie Wilson, tells his side of the story—from the ground ball through Bill Buckner’s legs that capped the miraculous 1986 World Series Game Six rally against the Boston Red Sox to the rise and fall of a team that boasted such outsize personalities as Darryl Strawberry, Keith Hernandez, Dwight Gooden, Gary Carter, Lenny Dykstra, and Davey Johnson.

Growing up in rural South Carolina in the 1960s, Mookie took to heart the lessons of his father, a diligent sharecropper who believed in the abiding power of faith—and taught his son the game that would change his life.

When Mookie landed in Shea Stadium in 1980, the Mets were a perennial cellar-dweller overshadowed by the crosstown Yankees. But inspired by Mookie’s legendary hustle, they would soon become the toast of New York. And even when their off-field antics—made famous by a contingency of the team called “the Scum Bunch”—eclipsed their on-field successes, Mookie stayed above the fray.

In 1986, the Mets were a juggernaut, winning 108 games during the regular season and edging the Houston Astros for the National League pennant following a grueling 16-inning Game Six classic. In the World Series against Boston, in an epic at-bat that led to the Buckner error, Mookie would ignite a fire under the Mets, helping to force a Game Seven. New York would win to become World Champions.

In an era when role models in sports were hard to come by, some tarnished by their own hubris and greed, Mookie Wilson remained the exception: a man of humility and honor when it mattered the most.

WITH A FOREWARD BY KEITH HERNANDEZ